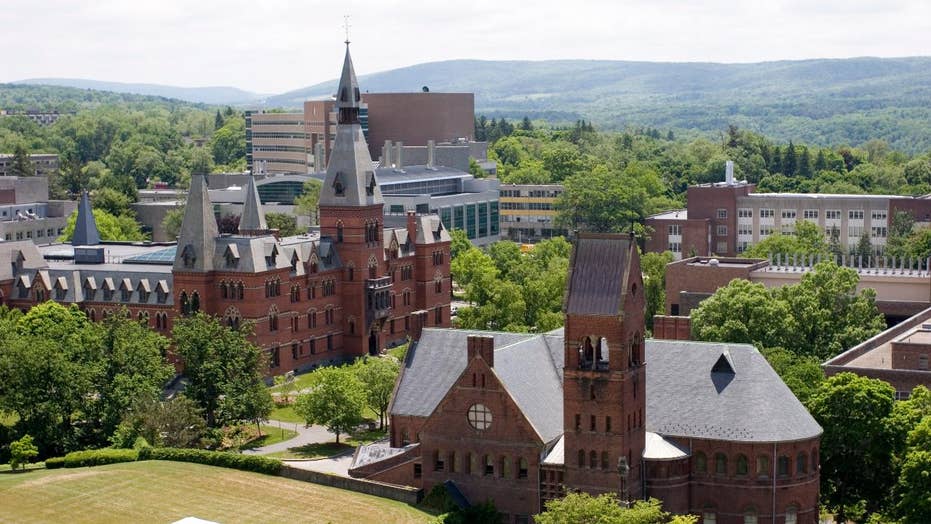 A Cornell University fraternity chapter has been put on a two-year probation for holding a sex contest that members dubbed the 'pig roast,' in reference to the weight of the women they slept with.

A Cornell University fraternity chapter has been put on two-year probation for holding a sex contest that members dubbed the ‘pig roast’ in reference to the weight of the women they slept with, the New York Post reported.

University officials launched an investigation of the Zeta Beta Tau fraternity last year after hearing reports about the secret game, in which members could get ‘points’ by having sex with women.

In the case of a tie in the contest, the win would go to the member who had sex with the heavier woman. The new members were told not to inform the women about the contest.

Cornell's fraternity and sorority review board determined the chapter was in violation of policies against hazing and sexually abusive behavior.

The fraternity said that the allegations were contrary to its values and mission and that the chapter's leadership and brotherhood at large were "shocked and appalled" about the unsanctioned activities.

The fraternity said it will conduct a membership review in partnership with its international headquarters and expel any members found to be not committed to the fraternity's ideals and values. It said it will host multiple educational programs on healthy relationships.

As part of the two-year probation, the university said the fraternity will be required to hire a live-in adviser, be subject to external reviews, and participate in ongoing education about sexual violence.