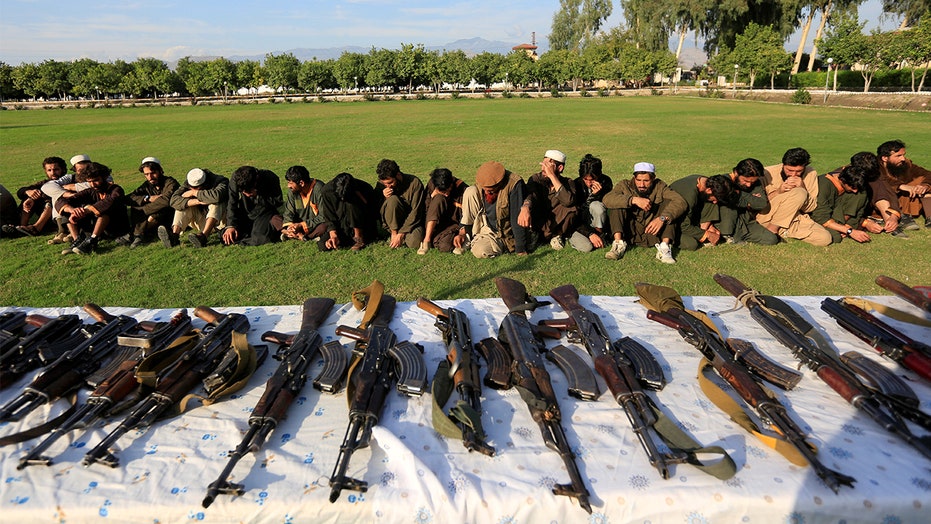 A Connecticut man has been charged with attempting to travel to Syria to join the Islamic State, federal authorities said Monday.

Ahmad Khalil Elshazly, 22, of West Haven, said in February that he saved about $1,000 to arrange travel to Jordan and Syria to join the terror group, the Justice Department said. He is charged attempting to provide material support.

Over the course of a year, he allegedly made numerous statements in person and online about his desire to kill for ISIS and his hatred of the United States.

Islamic State militants who surrendered to the Afghan government are presented to media in Jalalabad, Nangarhar province, Afghanistan November 17, 2019. A Connecticut man is charged with attempting to travel to Syria to kill on behalf of the terror group. REUTERS/Parwiz

“…They say, War has started and we are marching to it…..but all doors are closed, closed. I am talking to myself now, asking myself, How do I get there? How can I help Muslims? How can I do anything?” Elshazly told informants in a public venue in October, according to charging documents. “God willing! May this country [United States] burn the same way they burned Muslims! May they burn in fire at the end!”

When he was asked to lower his voice when talking loudly, Elshazly, a U.S. citizen, proclaimed “I am not scared.”

In December, he sent an informant a series of YouTube videos explaining how various high-powered firearms and other weapons work, the DOJ said.

At some point, Elshazly became concerned he would be stopped at an airport en route to the Middle East, according to authorities. He was arrested Sunday in Stonington, Conn., where he expected to board a ship.

"Elshazly was bent on supporting ISIS," said John Demers, the assistant attorney general for national security. "Worried that his efforts here would be too small and that he would be stopped at the airport, he planned to travel overseas aboard a container ship to join and fight for ISIS."

Elshazly was ordered detained Monday and faces up to 20 years in prison.