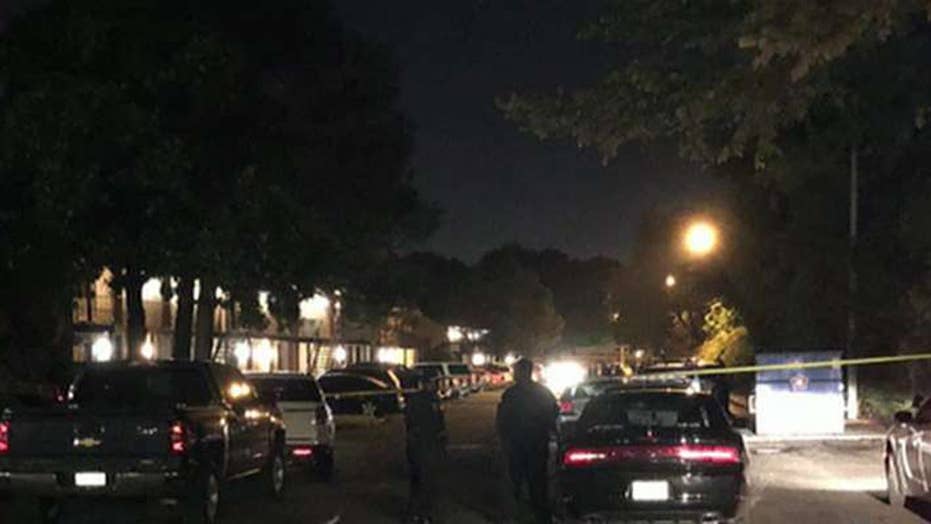 Officer was shot outside a Memphis apartment complex.

A Tennessee county sheriff's deputy was upgraded from critical to non-critical condition after a Wednesday morning shootout at an apartment complex that resulted in the deputy being shot and the gunman killed, police said.

The Shelby County sheriff’s deputy, who was not identified, was at Eden at Watersedge Apartments in Memphis when shots were fired around 3:30 a.m., FOX13 Memphis reported. It wasn't immediately clear why the deputy was at the apartment complex.

The person who fired at the deputy was shot and killed at the scene.

Officials did not release further details about the incident.

The Tennessee Bureau of Investigation responded to the incident.