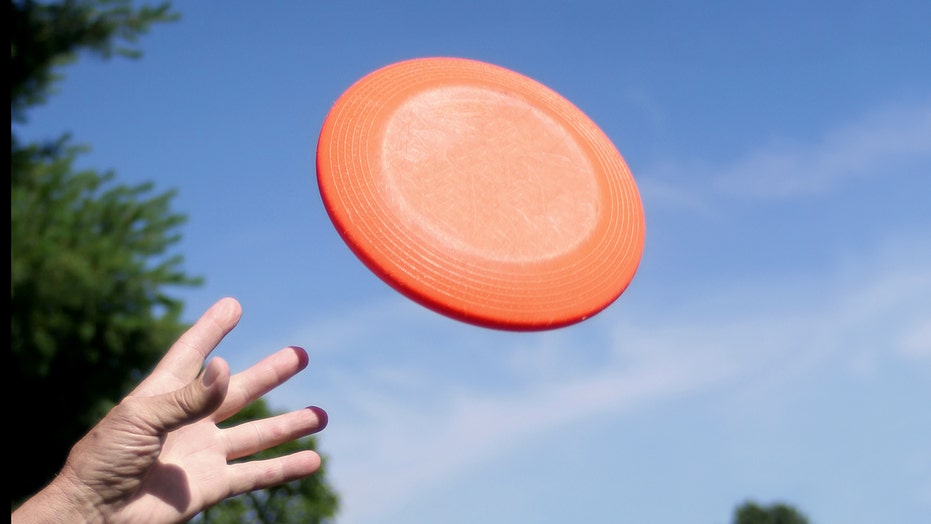 A Colorado woman charged with indecent exposure for playing Frisbee topless has been awarded a $50,000 settlement -- the first damage settlement for a woman in the U.S wrongfully charged with being topless, local media reports.

Effie Krokos, a 20-year-old student, says the situation began on Sept. 26 when she was playing Frisbee in her fiance's front yard in the 1100 block of Second Street Southeast in Loveland, Colo., while topless.

She allegedly got overheated and took off her shirt without thinking.

KELSEY BERRETH FIANCE PATRICK FRAZEE TOLD PAL, 'IF THERE IS NO BODY, THERE IS NO CRIME; ACCORDING TO TESTIMONY

When an officer arrived, Krokos said she tried explaining a February Court of Appeals ruling that made it legal for a woman to be topless anywhere a man can be topless, but the officer, Greg Harris, reportedly dismissed her pleas and issued a summons for indecent exposure, according to CBS 4 Denver.

“I was really upset at the whole situation because I didn’t do anything wrong,” Krokos told the Loveland Reporter-Herald. “I was just playing Frisbee in my own yard with my fiance.”

The appeals ruling determined that Fort Collins' nudity ordinance, which had prohibited women from showing their breasts -- was in violation of the Equal Protection Clause of the 14th Amendment.

Effie Krokos, a 20-year-old student, says the situation began on Sept. 26 when she was playing Frisbee in her fiance's front yard in the 1100 block of Second Street Southeast in <a data-cke-saved-href="https://www.foxnews.com/category/us/us-regions/west/colorado" href="https://www.foxnews.com/category/us/us-regions/west/colorado" target="_blank">Loveland, Colorado</a>, while topless.<br data-cke-eol="1"> (iStock)

A similar city nudity ordinance had been in effect in Loveland before the September ruling.

Krokos informed the officer of how the topless ban law was now unconstitutional, but she recalls him only hearing rumors about Fort Collins, not Loveland, according to the outlet.

“I’ve heard rumor of it in Fort Collins but that was it. But not throughout the state," said Harris.

“Well, this is a topless state. We had training just recently on legal updates; none of this was brought up. So none of this in my eyes is valid. Okay?" Krokos responded.

She decided to file a formal complaint after receiving the citation, which turned into a large settlement after the charge was dropped by the city.

The settlement went into effect on Thursday and her case was officially dismissed -- where it can't be introduced in another lawsuit.

Krokos told CBS 4 that people threatened her over the past couple of months, with some calling her "you liberal scum." She said she's relieved it's over and plans to take off her shirt whenever the temperates get hot again.

Loveland police released a statement saying the officer behaved within the protocols and they ended the enforcement of the topless provision, according to the outlet.

“The Loveland Police Department acted within the protocols that exist. We had an existing city ordinance. The officer that responded had probable cause to issue the citation," Loveland police said, according to CBS 4 Denver.