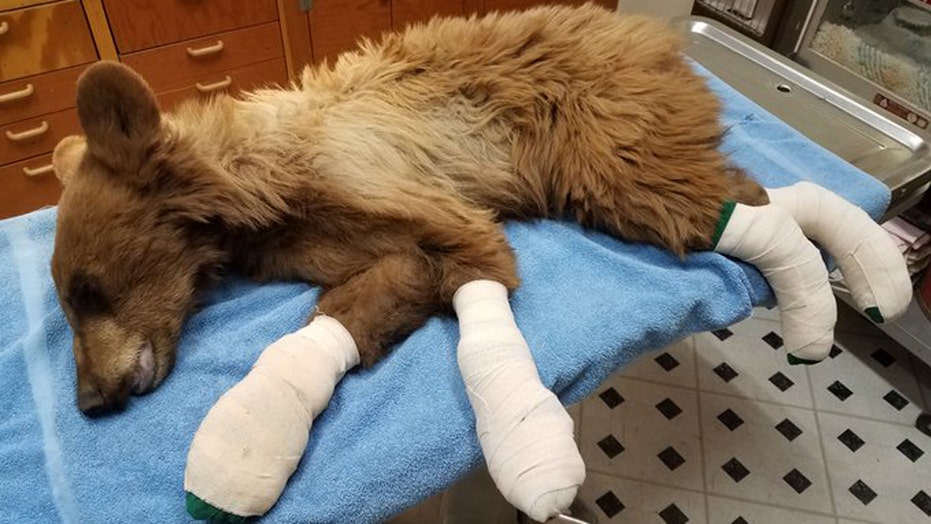 A young bear was rescued Tuesday after it was found badly injured near a Colorado wildfire that's scorched more than 2,700 acres, according to officials.

Colorado Parks and Wildlife said in a news release that it was notified after firefighters spotted the bear near a pond alongside the East Canyon Fire, about 30 miles west of Durango.

“You could tell it was really hurting,” McClung said.

ARIZONA WILDFIRE NOW THE LARGEST IN US AFTER DOUBLING IN SIZE, BURN SCAR SEEN FROM SPACE

Colorado Parks and Wildlife officials were able to tranquilize the bear, then discovered the animal's feet were burned.

“It was apparent that it had some pretty severe injuries,” Thorpe told FOX31. “Bears, similar to a dog’s paw, have that tough skin on the bottom of their pads, and on several of them, the pad was sloughing off.

Officials said the bear is about a year old and weighed about 43 pounds. It was alone when spotted by firefighters.

The male yearling was taken to Frisco Creek Rehabilitation Center, where veterinary manager Michael Sirochman said the bear's paws were not burned so deeply that the animal was permanently injured.

“The prognosis is good and the underlying tissue is healthy,” Sirochman said in a news release. “We cut off the burned tissue that was sloughing off and we put on bandages.” 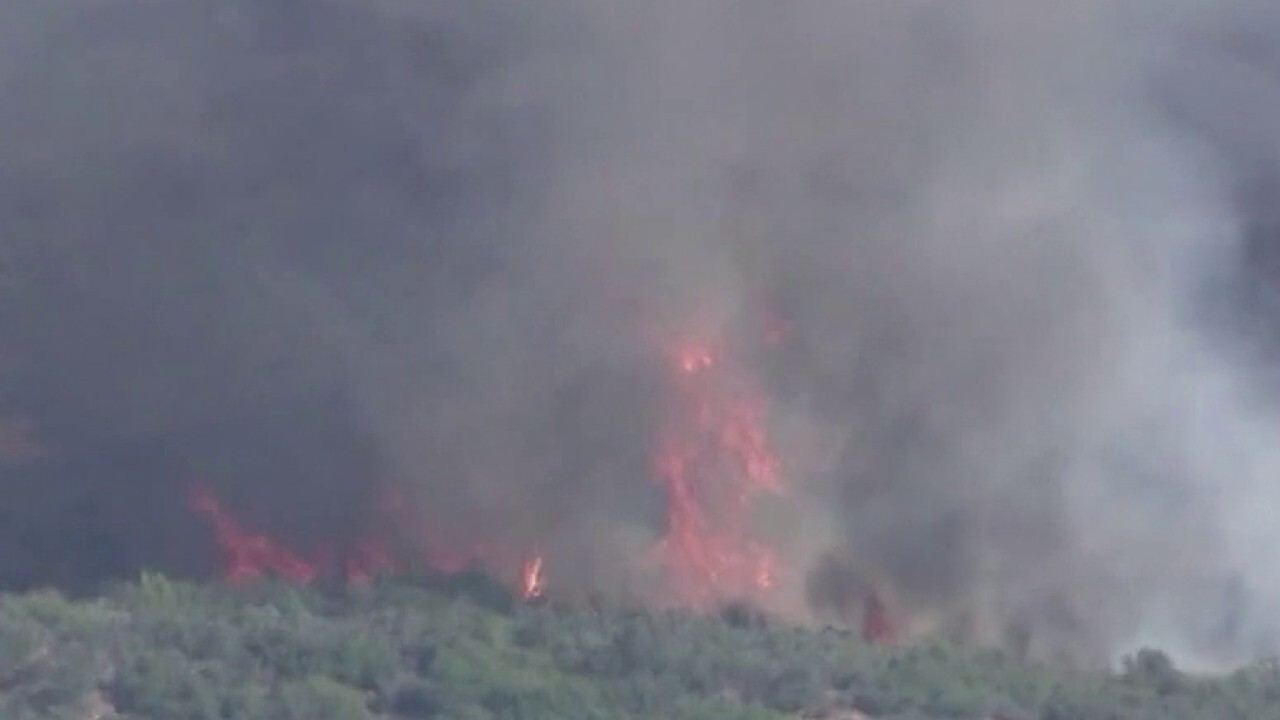 Arizona bushfire becomes one of largest fires in state history

Sirochman expects that the bear can be released in about eight weeks. It is being kept in a cage with concrete floors to ensure the wounds stay clean.

Wildlife officials said this was the second rescue of a burned bear in the Durango area in the past two years.

Another bear cub, whose feet were badly burned in another wildfire in 2018, also was taken to Frisco Creek and eventually released back into the wild.

The East Canyon Fire has scorched more than 2,700 acres in southwest Colorado. (chrisonesix via Storyful)

The lightning-sparked East Canyon wildfire had 0 percent containment as of Wednesday night, according to the Durango Herald. Some 245 firefighters are battling the blaze, including four 20-person hot-shot crews.

Areas of La Plata and Montezuma counties were under evacuation orders, but no structures had been damaged as of Wednesday afternoon.

Pam Wilson, a spokeswoman for the Bureau of Land Management and the Rocky Mountain Blue Type 2 team managing the fire, told the Herald that firefighters are concerned about keeping the blaze from spreading to the south.

Even though containment was down from 5 percent on Tuesday, officials said they faced better weather conditions. "The winds didn’t get squirrelly on us,” Wilson told the paper.

Aftermath of the East Canyon wildfire near the town of Mancos, Colo., on June 16. (@drraven via Storyful)