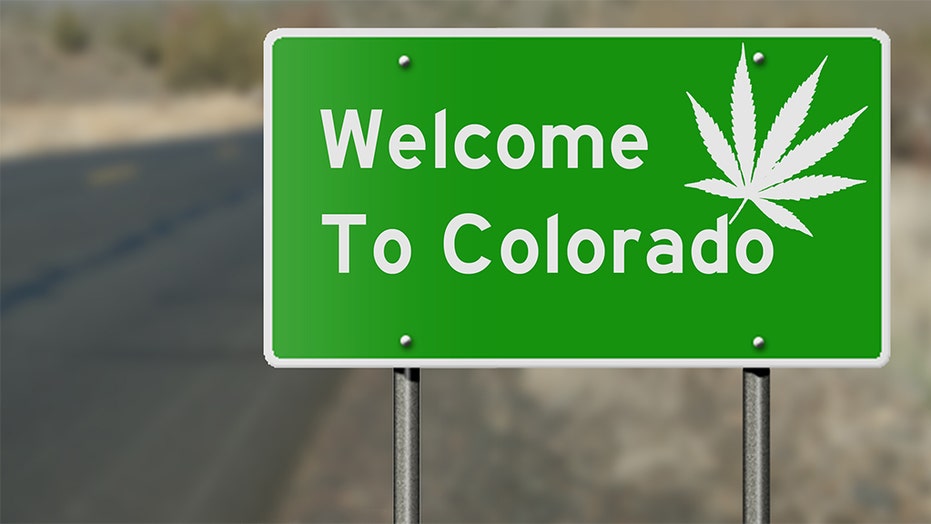 Dozens of cannabis companies in Colorado are using  Adopt a Highway roadside signs to get around the state's strict limits on marijuana advertising.

Around 51 cannabis-related businesses sponsor roadways throughout the state, accounting for a span of 198 miles, according to the Adopt a Highway Maintenance Corp.

“The rules governing highways signs are in a different section than rules governing the cannabis industry,” said Nico Pento, government affairs director for Boulder-based Terrapin Care Station, which operates six dispensaries in the Denver metro area. “The highway signs were a loophole that was overlooked.”

Highway sign as a reference to Colorado's laws regarding the use of marijuana. Cannabis companies are using the state’s program to keep freeways clean as a tool to advertise amid tight restrictions on marijuana marketing.

Colorado adopted regulations limiting how cannabis companies can advertise in an effort to prevent the messages from reaching minors. The companies are prohibited from advertising on television, radio and print unless they can prove the audience is mostly over 21. Rules for advertising on social media are also restrictive.

The 51 cannabis businesses represent less than half the organizations that participate in the Clean Colorado program, which facilitates the cleanup of roadways.

In Denver, signs emblazoned with the names and logos of cannabis companies are placed on most of the city's highways, The Denver Post reported. Many are placed near exits where the business is located.

“From a marketing standpoint, it was really only one of the avenues available,” said Peter Marcus, the communications director for Terrapin Care Station, which sponsors six miles on Interstate 70, Interstate 25 and U.S. 36; each mile costs $400 to $455 per month.

Some say the signs could be the most effective way to reach drivers since they don't look like traditional advertisements.

“They’re a different kind of signage on the side of the road, they tend to stick out a little bit more than billboards, so consumers do pay a little bit more attention to anything that’s novel or different from the formats they’re used to,” said Harsha Gangadharbatla, an associate professor of advertising, public relations and media design at the University of Colorado at Boulder.

Not everyone is fan.