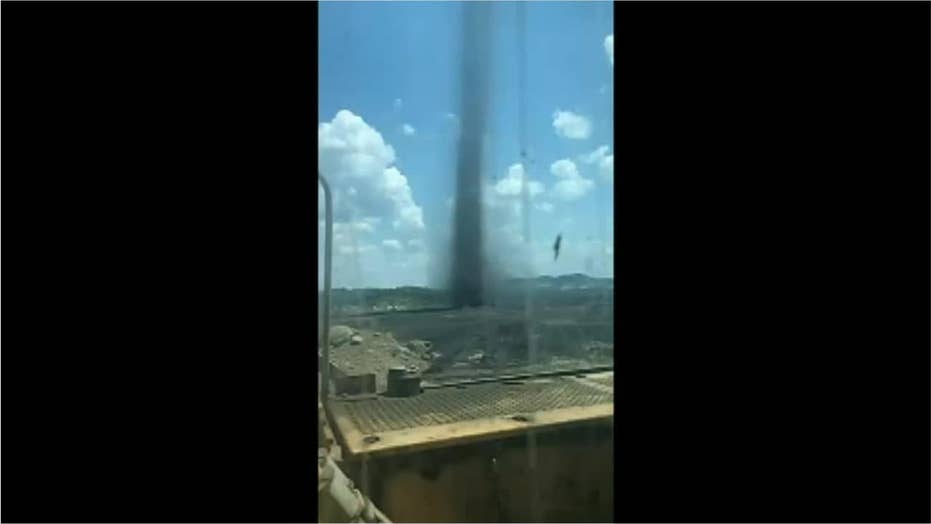 A mine in West Virginia was turned into the set of some kind of disaster flick Monday when a dust devil whipped up a dark towering column of air that's been nicknamed a "coalnado."

The tall, dark whirlwind was reported at a surface mine in Elkhorn, located about 50 miles south of Beckley.

Video of the swirling column of air was filmed by Randy Walters, who posted it to Facebook with the caption "coal tornado."

“It was very loud,” Walters told Storyful. “I heard it before I saw it.”

Walters said that he has previously seen dust devils at the mine “pretty regularly,” but they are usually around two or three feet tall.

The sight on Monday has been referred to as a “coalnado” by local media in that area.

Dust devils are a small, "rapidly rotating wind" that is made visible by the dust, dirt or debris it picks up, according to the National Weather Service. They are typically harmless and weaker than tornadoes.

According to the American Meteorological Society, well-developed dust devils are occasionally strong enough to cause minor damage with an average height of around 650 feet, but a few have been observed as high as half-a-mile or more.

"Dust devils are best developed on a hot, calm afternoon with clear skies, in a dry region when intense surface heating causes a very steep lapse rate of temperature in the lowest 100m (328 feet) of the atmosphere," the AMS states.