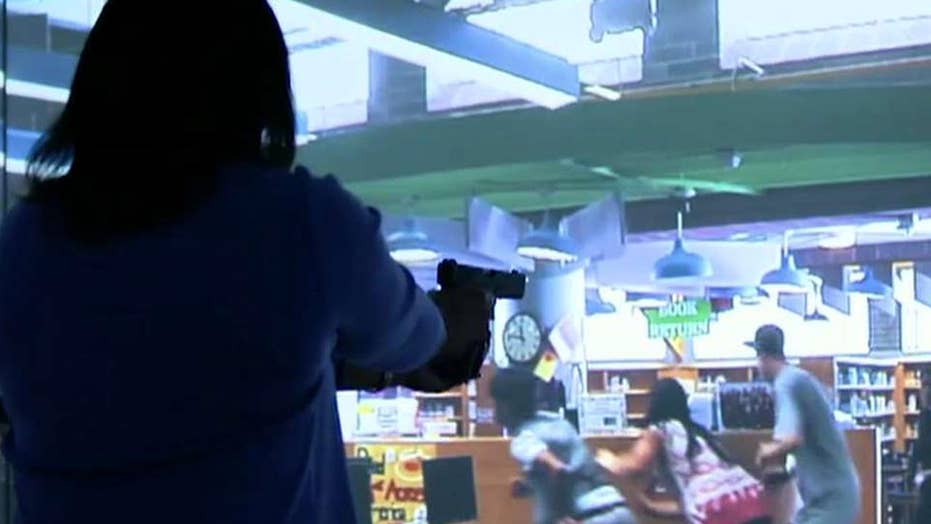 ATLANTA – With guns drawn, two women navigate the halls of a high school under siege in a realistic police simulation. They’re not police cadets, but clergy learning about the difficult “shoot or don’t shoot” decisions officers face in high-pressure situations.

After completing the drill, the Rev. Yvette Massey said she was eager to share the lessons she learned with her congregation.

“I do want to help them to see the pressure that law enforcement are under when it comes to making split-second decisions,” the United Methodist pastor in Atlanta told Fox News.

Putting faith leaders through computer simulations and live-active shooter drills is part of a new initiative called One Congregation One Precinct (One COP). The program uses houses of worship as liaisons between police and the communities they serve.

“No one benefits from screaming at each other,” said the Rev. Markel Hutchins. “We only benefit when we have the courage to talk to each other. And a lot of the protests and the demonstrations, while passionate and understandable, have fallen short of actually being curative.”

This week, organizers of the Atlanta-based initiative announced they were taking One COP nationwide. Through activities and community meetings, they hope to resolve conflicts before they turn violent.

According to Hutchins, getting police and residents to know each other on a human level is key to preventing violence. Police need contact with law-abiding residents, not just criminals, in the neighborhoods they patrol. And residents need contact with officers outside of traffic stops and criminal investigations.

Such initiatives become all the more important when police live outside the communities in which they work.

“In large measure, the police-involved tragedies — whether it is the assassination of police officers in Dallas or the killing of Walter Scott or whatever the issue has been across this country — most of it has been fear based,” Hutchins said. “It is very easy to fear those whom you don’t know. But it’s very difficult to fear those whom you do know. Our whole point is the police have got to know the communities and the communities have got to know the police.”