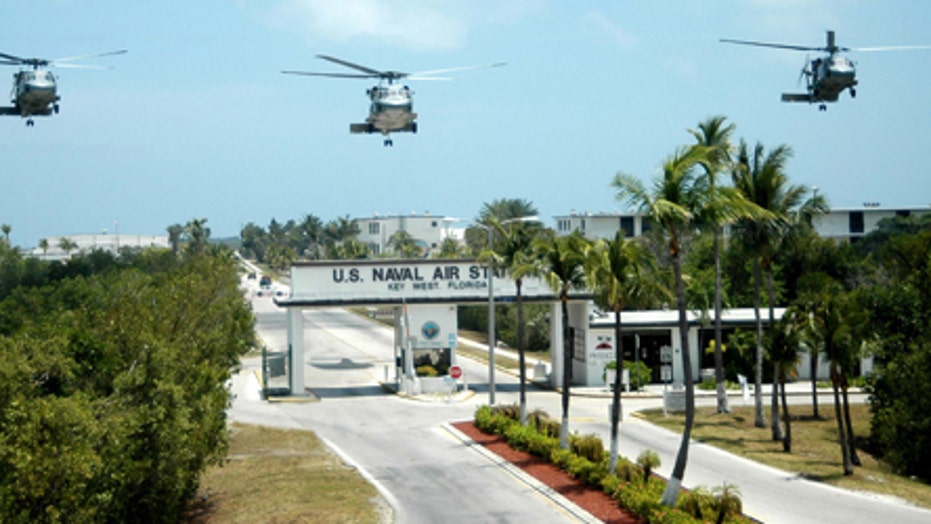 Two Chinese students who attend the University of Michigan were arrested over the weekend for allegedly taking photos of defense installations in Key West, Fla., the fourth such arrests involving Chinese nationals trespassing on military facilities in the city in recent years.

Yuhao Wang and Jielun Zhang, both 24, appeared in federal court in Key West on Monday to face charges of entering the restricted Sigsbee Annex in the Naval Air Station on Saturday.

The pair were turned around at the guard station but drove onto the property anyway, authorities said. Security personnel found the pair in their car with cellphones and a Nikon camera, Florida Keys News reported.

“U.S. Navy Security Forces obtained consent to look at the devices and observed photographs taken on the Sigsbee Annex property, including U.S. military structures on Fleming Key,” according to an FBI complaint affidavit.

Wang voluntarily showed agents the photos he shot with his camera and videos from his cellphone. The pair were assigned attorneys at the Monday hearing.

INSIDE CHINA'S 'MASSIVE' AND 'RELENTLESS' PLOT TO SPY ON THE U.S.

Their arrests are the fourth involving Chinese nationals accused of taking pictures of Naval facilities in Key West since 2018, according to the news outlet. U.S. counterintelligence investigators have been looking into Chinese spies in Florida, including visitors at President Trump's private club, Mar-a-Lago in Palm Beach.

A Chinese woman who was convicted of trespassing at the club was sentenced last year to eight months prison. Yujing Zhang lied to Secret Service agents who confronted her; she was caught with nine flash drives, cellphone SIM cards, a signal detector to spot hidden cameras and $8,000 cash in her Palm Beach hotel room.

Wang and Zhang are expected to appear at a detention hearing Friday.