A New York City police officer charged with acting as an agent for China discouraged a local Tibetan community center from engaging in pro-Tibet activities before they cut ties with him, board members said Tuesday.

Baimadajie Angwang, 33, a naturalized American citizen from Tibet, was arrested Monday in connection with being an asset to the Chinese government since 2018, who was tasked spying on New York's Tibetan community. The Justice Department said Angwang worked for handlers from New York's Chinese consulate.

Officials with the Tibetan Community Community of New York & New Jersey said Angwang raised several red flags during his communications with the group. The first was his name, which resembled a Chinese name, rather someone from Tibet, officials said during a Tuesday news conference.

"Tibetans have long known the Chinese government are spying on our communities even in a free country like the United States," the group said in a statement. "Because this individual was in the NYPD, he held a position of authority and influence that he exploited to advance China's political agenda. This incident shows the lengths to which Beijing would go to undermine the Tibetan freedom movement."

New York Police officer Baimadajie Angwang, 33, is accused of working for the Chinese government who agreed to spy on supporters of the free Tibet movement.  (New York Police Department )

Angwang is being held in federal detention on charges of acting as an agent of a foreign government without prior notification to the attorney general, making false statements about his contacts, obstruction of an official proceeding and wire fraud.

Before becoming a U.S. citizen, he applied for asylum by claiming he was arrested and tortured in China because of his Tibetan ethnicity.

The Chinese government has been accused of oppressing Tibetans for decades after occupying the region in 1950. The Chinese Communist Party has long sought to discredit the free Tibet movement and heavily restricts the region's contact with the outside world.

Federal prosecutors said Angwang allegedly spoke with Chinese handlers he referred to as "Boss" and big brother" about recruiting Tibetan spies in New York. He suggested offering dissenters 10-year visas to the U.S. as a reward.

In January 2019, he approached community center board members on the premise of establishing a relationship between the group and the NYPD, community center officials said. Angwang works out of the department's 111th Precinct and was assigned to the community affairs unit, where he serves as a liaison between the NYPD and the surrounding community served by the precinct.

"We thought it was a good idea because we wanted to keep a good relationship with the police and fire department," said board member Tashi Choephel. "His main intention was to spy on us instead of helping us."

Angwang also serves in the Army Reserve as a civil affairs specialist based at Fort Dix, N.J.

On Feb. 9, 2019, he and other NYPD officers attended an event at the community to celebrate the Lunar New Year, officials said. In a photo posted to Instagram by Rep. Alexandria Ocasio-Cortez, D-N.Y., who was invited as the event's chief guest, Angwang is seen inches from her while in police uniform.

In a statement to Fox News, the congresswomen's office called the allegations against Angwang "troubling."

"The Congresswoman was photographed with him at a community event but had no interaction beyond that," the statement read.

After the event, community center board members soon became suspicious of Angwang after a photo of his wife at a Chinese consulate event began circulating online. Their suspicions grew when Angwang voiced disapproval of speeches by pro-Tibet leaders addressing China's political and human rights record in Tibet.

At one point, his father suggested the group refrain from raising the Tibet national flag at the community center, Choephel said.

All three reside in China.

Following the red flags, the board met and decided to cut ties with Angwang and rebuffed his subsequent attempts to contact them. 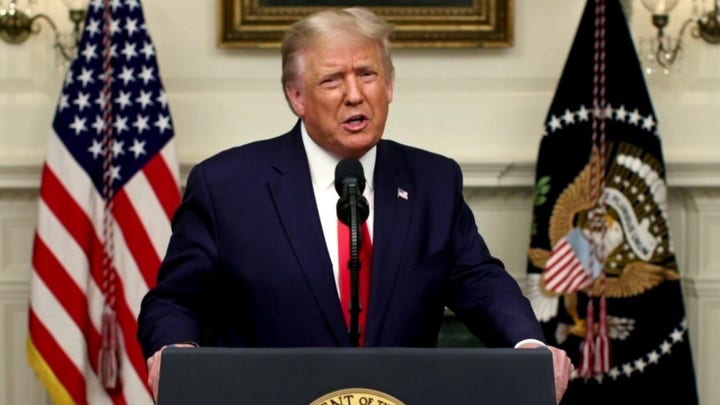 "We agreed that he did not seem like someone we could trust," the community center statement said.

Angwang continued to repeatedly call board members, said former community center president Sonam Gyephel. Gyephel said he asked Angwang about his wife being spotted at the Chinese consulate, to which the officer replied he was helping someone secure a visa.

"Once I got that message I was really in shock and surprised," Gyephel said. "It was really concerning that he has a direct relationship with the Chinese consulate, which is not good for us."