A major jail in Chicago is now considered the top American hot spot for coronavirus cases, exceeding the number of infections recorded aboard the USS Theodore Roosevelt, a containment zone in New Rochelle, N.Y., and a nursing home in Kirkland, Wash., according to a report.

At least 238 inmates and 115 staff members at the Cook County Jail had tested positive for COVID-19 by Wednesday, according to the Cook County Sheriff’s Office, which operates the facility. The majority of the jail’s approximately 4,500 inmates have not undergone testing, suggesting those figures may not represent the full extent of the outbreak at the facility, The New York Times reported. It is the largest single-site jail in the United States.

The death of a detainee held at the Cook County Jail prompted nearly 100 protesters to gather outside the facility on Tuesday, claiming more inmates will die from COVID-19 if they aren’t immediately released, WGN-TV in Chicago reported.

Since two inmates tested positive and were placed in separate isolation cells on March 23, Sheriff Thomas J. Dart said the Cook County Jail has established a quarantine area for inmates who have tested positive, and another to monitor those showing symptoms.

“I’m confident we’re going to get through this,” Sheriff Dart told the Times. “But I could really use some more definition about how long the virus can last in an environment like this.”

Dart said the jail has released hundreds of inmates either charged or convicted for non-violent offenses since the start of the outbreak, but at least 86 percent of the remaining inmate population are being held on violent criminal charges, leaving “very little wiggle room,” according to the Times.

BUREAU OF PRISONS, VA PURCHASE TENS OF THOUSANDS OF DOLLARS WORTH OF ANTI-MALARIA DRUG AMID CORONAVIRUS CRISIS

By Wednesday, at least 17 inmates had been hospitalized in severe condition. Officials believe one inmate, Jeffrey Pendleton, has died due to complications caused by the coronavirus, but the medical examiner has not officially declared the cause of death, the Times reported.

The 59-year-old Pendleton was transported to Stroger Hospital last week before his death Sunday. He was a convicted sex offender who spent more than a year held at Cook County Jail awaiting trial on new charges, WGN-TV reported. He was among the group of inmates considered for release during the outbreak but his motion was denied.

Dart denied claims jail conditions were dangerous and said inmates approved for release are first tested for the virus to prevent further spread of infection to the public, WGN-TV reported. Illinois recorded at least 15,078 confirmed cases, with at least 462 deaths statewide by Thursday morning, according to Johns Hopkins University. 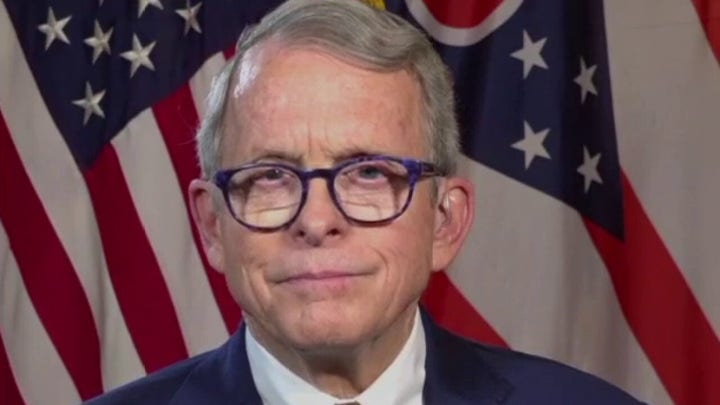 As part of an effort to prevent the rapid transmission of the coronavirus within their facilities, jails and prisons around the country have released thousands of inmates. At least 1,324 confirmed coronavirus cases, including at least 32 deaths, have been linked to prisons and jails across the country, according to the Times analysis. Some state and local agencies have not released information about potential outbreaks within their facilities.

The analysis identified 41 clusters of outbreaks of two or more inmates at prisons and jails nationwide. Besides the Cook County Jail, other larger hot spots are the Parnall Correctional Facility in Jackson, Mich., linked to more than 100 confirmed cases; the Stateville Correctional Center in Crest Hill, Ill., tied to more than 90 cases; and the Federal Medical Center in Butner, N.C., where at least 58 people, including inmates and staff, have tested positive for COVID-19.