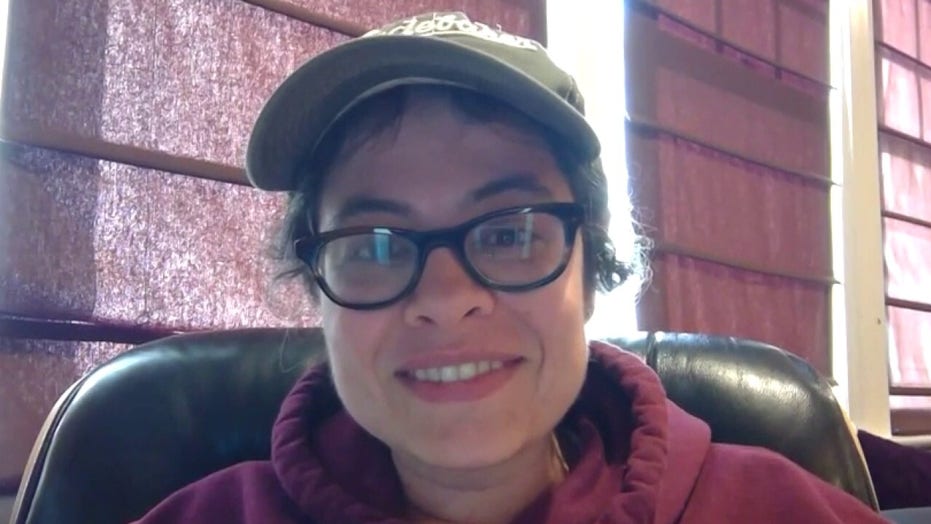 New Rochelle, a suburb north of New York City, has transformed into a virtual ghost town, with eerie photos showing empty streets and shops after a one-mile "containment area" was imposed around the epicenter of the coronavirus outbreak in the state.

New York State has recorded the second-highest number of cases of coronavirus in the United States, with 226 people infected as of Thursday morning. At least 120 of those cases are in New Rochelle, a town in Westchester County, about 17 miles north of Manhattan. The idyllic New York City suburb was put on the American cultural map in the 1960s when the actor Dick Van Dyke's character on his eponymous TV show made his home there.

WASHINGTON BANS GATHERINGS OF 250+ PEOPLE IN SEATTLE AREA, OTHER STATES REACT AS US GRAPPLES WITH CORONAVIRUS OUTBREAK 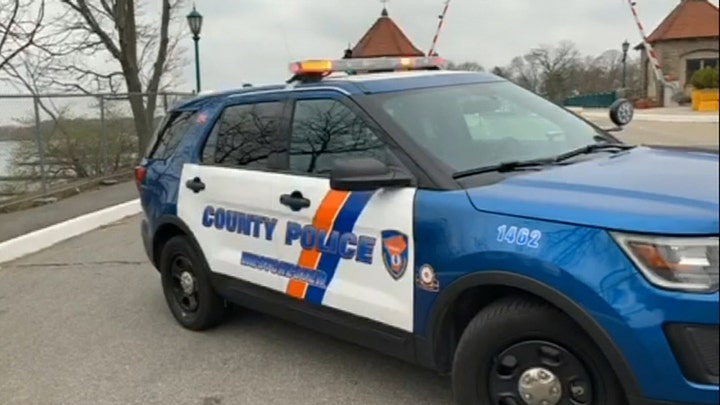 Beginning Thursday, National Guard troops were expected to arrive to help clean public spaces and deliver food to people who are in quarantine. About 4 miles outside the containment area, Westchester County Police shut down Glen Island Park, a 105-acre park, located on Glen Island, on the Long Island Sound, to set up a mobile testing site for those possibly infected with the coronavirus. Heavy equipment was seen rolling through the park’s gates, Talk of the Sound said on Twitter, sharing a video of police cars parked with their lights flashing blocking the entrance.

Gov. Andrew Cuomo announced Tuesday he was sending in National Guard troops to enforce a one-mile-radius “containment area” surrounding the Temple Young Israel synagogue in New Rochelle, where a 50-year-old lawyer, who was later hospitalized with COVID-19, had attended events.

Empty streets, restaurants and cafes make up the business area in the one-mile containment zone on March 11, 2020 in New Rochelle, New York.   (Getty)

Some of the man’s relatives and friends later tested positive. Many members of a synagogue where he had attended events were asked to quarantine themselves. Its rabbi also tested positive.

New Rochelle, a city just north of New York City, has become the state's largest source of COVID-19 infections, prompting Governor Andrew Cuomo to announce Tuesday that officials will be implementing a one-mile radius “containment area” there to try to halt the spread of Coronavirus.  (Getty)

Cuomo announced Wednesday that the state Health Department will grant $200,000 to a food bank in New Rochelle. Nine schools are closed in the containment area, and the funding is intended to help feed any student or family who relies on free school lunches.

Crews at New Rochelle’s commuter rail station were also disinfecting turnstiles, handrails and other surfaces twice a day before the National Guard’s arrival. The Metropolitan Transportation Authority said Wednesday that a “dedicated cleaning crew” is stationed at the suburban stop.

Empty streets, restaurants and cafes make up the business area in the one-mile containment zone on March 11, 2020 in New Rochelle, New York. New Rochelle, a city just north of New York City, has become the state's largest source of COVID-19 infections, prompting Governor Andrew Cuomo to announce Tuesday that officials will be implementing a one mile radius “containment area” there to try to halt the spread of Coronavirus. (Getty)

The U.S. recorded at least 1,300 confirmed cases of the coronavirus in 44 states and the District of Columbia as of Thursday morning.

New York State had the second most number of cases – surpassed only by Washington State, which saw at least 366. No one has died of the virus in New York.

At least 36 people have died of COVID-19 illnesses in the U.S. – 29 in Washington, three in California, two in Florida, one in New Jersey and one in South Dakota.

Joshua Berkowitz, who owns a restaurant at the center of the containment area, told the Associated Press he has adopted what he calls a “drop and dash” method of delivering food to customers — including many in quarantine.

This photo shows the front gate of the New Rochelle High School, situated inside what's called a "containment area," Wednesday, March 11, 2020 in New Rochelle, N.Y. The school is among the nine closed as a precaution to contain the virus' spread. State officials on Tuesday called for closing schools, houses of worship and any other spaces were large numbers of people gather within a 1-mile radius of a point near a synagogue where an infected person had attended events. (AP)

“I'm afraid for their safety, and they’re afraid for my safety,” he told the AP Wednesday. “I don't want to have contact with them.”

Chairs were empty Wednesday morning at The Dugout babershop, just outside the containment area, where owner Kenny Rivera said there would typically be several customers. He said he appreciated the risks posed by the virus, especially to the elderly, but thought some measures were unnecessary.

“I think the National Guard is a bit much,” Rivera told the AP.

Jose Felipe, who owns the New Rochelle Grocery Store, said workers have been wiping down doors, shopping baskets and carts up to 10 times a day. Toiletries, bleach and Lysol have been selling fast.

“We've noticed there's been a diminished interest in produce items, which are items you can touch, accessible to everybody," he told the AP. "So canned goods or anything that is sealed is selling.”

The coronavirus causes a disease called COVID-19 that has stricken thousands across the globe but usually presents only mild or moderate symptoms, such as fever and cough. For older adults and people with other health problems, it can cause complications or sometimes death. Most people recover.

People with mild illness recover in about two weeks, while those with more severe illness may take three to six weeks to recover, according to the World Health Organization, which declared the global outbreak a pandemic on Wednesday.