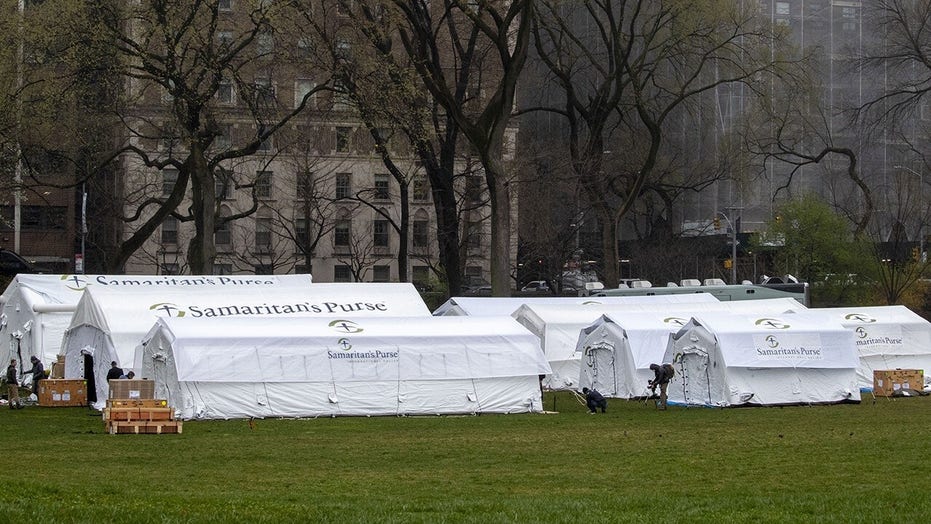 A conservative group on Friday accused New York City Mayor Bill de Blasio of being anti-Christian after he questioned whether the 68-bed field hospital set up in Central Park by Samaritan's Purse, an organization run by Franklin Graham, would treat all patients equally.

William Donohue, the president and CEO of the Catholic League for Religious and Civil Rights, slammed de Blasio and several other New York leaders for questioning the motives behind Graham's gesture.

"When [de Blasio] first learned of the relief efforts of Samaritan's Purse, he acted as if New York has been invaded by a hostile force," Donohue told Fox News.

WHO IS BILL DE BLASIO? HERE ARE SOME THINGS TO KNOW ABOUT NEW YORK CITY'S MAYOR

Samaritan's Purse has been applauded worldwide for its humanitarian efforts but has come under scrutiny for recruiting "Christian" volunteers -- a policy that adheres to its 11-point Statement of Faith. That 11-point statement also singles out homosexuality and same-sex marriage.

"We believe God's plan for human sexuality is to be expressed only within the context of marriage, that God created man and woman as unique biological persons made to complete each other," the statement reads. "God instituted monogamous marriage between male and female as the foundation of the family and the basic nature of human society. For this reason, we believe that marriage is exclusively the union of one genetic male and one genetic female."

There had been concern that Samaritan's Purse might favor Christian patients over those who hold different beliefs.

Initially, the mayor said he found it "very troubling" when he learned that Samaritan's Purse wanted to open a pop-up hospital in the park.

New York City Mayor Bill de Blasio speaks at the USTA Indoor Training Center where a 350-bed temporary hospital will be built Tuesday, March 31, 2020, in New York. The new coronavirus causes mild or moderate symptoms for most people, but for some, especially older adults and people with existing health problems, it can cause more severe illness or death. (AP Photo/Frank Franklin II)

"I said immediately to my team that we had to find out exactly what was happening," de Blasio said. "Was there going to be an approach that was truly consistent with the values and the laws in New York City, that everyone would be served and served equally?"

The Democratic mayor also said he had spoken to the CEO of the Mount Sinai medical system, who said they would "only continue their relationship with the organization if those rules are followed, that they have a written agreement that there's going to be no discrimination whatsoever."

Donohue also took de Blasio to task over his initial handling of coronavirus, which critics called clumsy and uninformed. 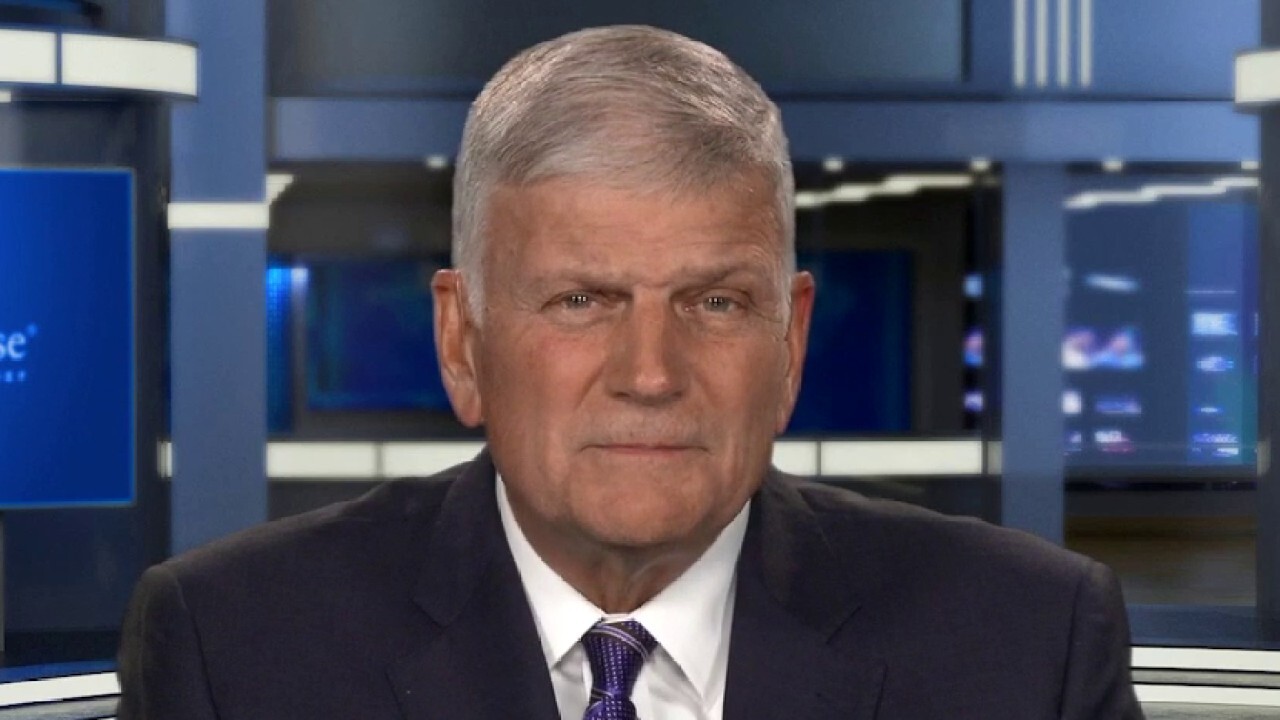 "What makes de Blasio's attack on Graham most despicable is his failure to take coronavirus seriously," Donohue said. "His record is an utter disgrace."

The mayor wasn't the only New York leader unsure of Samaritan's Purse.

On Monday, New York state Sen. Brad Hoylman demanded Graham "publicly assure LGBTQ New Yorkers that they will receive the same treatment as anyone else at the Central Park field hospital."

Hoylman, who is gay, told NBC News that coronavirus is "too delicate to leave it to televangelists, purveyors of the faith, to handle out medical needs."

New York City Council Speaker Corey Johnson said he found it "extremely disturbing" that Samaritan's Purse would be involved in New York City's relief efforts and said he would be "monitoring the situation closely."

Speaking with Fox News' Sean Hannity on Monday, Graham, the son of the late evangelist Billy Graham, said the hospital set up across the street from Mount Sinai Hospital would be staffed by 70 doctors, nurses and other medical staff who have donated their time.

"This is what we do," he said, later adding: "We can treat just about anything that comes in there that we need to as far as their lungs are concerned. This is a desperate situation, this coronavirus, and we've got people there that have experienced dealing with infectious diseases."