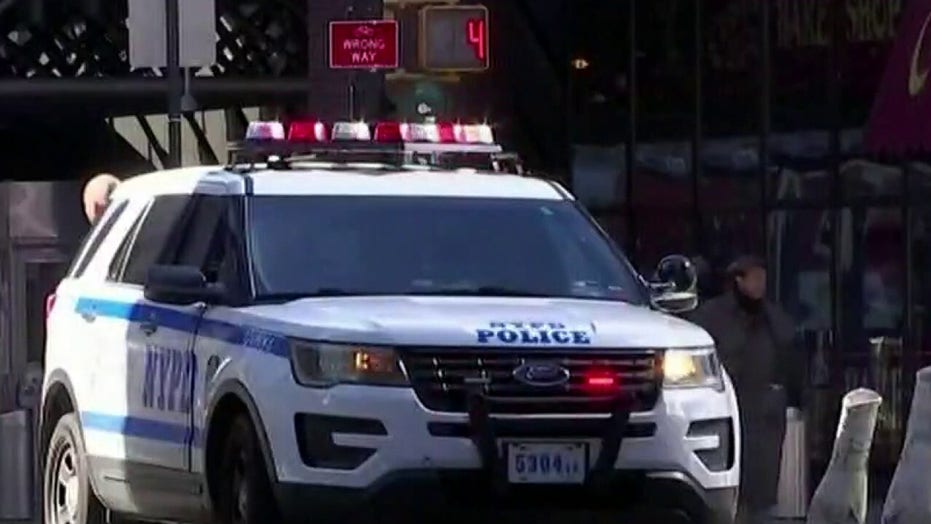 A man forced his way into a vehicle and sat on the driver, pinning her to the seat, before taking police on a wild chase from New Jersey to Pennsylvania, authorities said.

THE HEROIC MOVES BY POLICE OFFICERS THIS WEEK

Police said Tomasz Dymek, 31, of Astoria, Queens, approached two women on Thursday in the parking lot of a CVS pharmacy and asked for money.

Tomasz Dymek pinned a 66-year-old woman underneath him during a carjacking and fled police, driving through New Jersey and Pennsylvania before he was finally arrested.

The women gave Dymek a dollar, but he "was not satisfied" with the money so he forced his way into the vehicle, the Ewing Police Department said in a statement.

Onlookers followed the vehicle while alerting police. The unidentified 66-year-old victim was pinned underneath Dymek "during the entire ordeal and was unable to access the vehicle's brake," police said.

Dymek briefly stopped near the New Jersey Motor Vehicle Commission office in Trenton but sped off when he was approached by Ewing police.

He drove into Pennsylvania before abandoning the vehicle and fleeing on foot. He was quickly arrested, police said.

The female victim did not suffer any injuries, authorities said.

Criminal and traffic charges are pending.