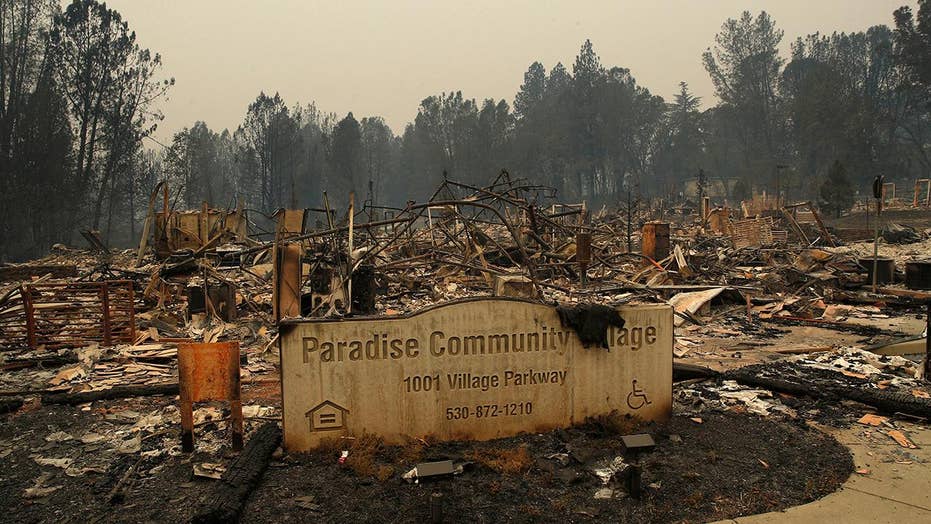 The mayor of Paradise says it will be weeks before people can survey the damage and years to get the town back to normal; Claudia Cowan reports.

Tens of thousands of California residents who are eligible to receive payments for damages sustained after a series of devastating wildfires are facing a hard deadline Monday to file claims -- or risk being left with nothing.

Up to 100,000 Golden State residents are eligible to file claims against Pacific Gas & Electric, the utility blamed for many of the fires and which is required to cover a wide range of wildfire-related losses as part of its bankruptcy plan. The $8.4 billion fund was set aside by a bankruptcy judge for payouts to victims of the 2017 and 2018 wildfires that were sparked by the utility's equipment.

Earlier this month, the New York Times reported that only about 30,000 people have filed paperwork with the help of lawyers, with 1,500 who did so on their own. Lawyers on Friday filed court papers to alert a bankruptcy judge that many wildfire survivors are not aware of their rights to file a claim.

"People really are overwhelmed and don't understand what they need to do," Cecily Dumas, an attorney for the Official Committee of Tort Claimants, a group appointed by the court to represent all wildfire victims in the bankruptcy, told the Associated Press. "Renters, lower-income people were simply too exhausted by their day-to-day circumstances to deal with it."

After deadly wildfires in recent years that destroyed thousands of homes, PG&E mailed 6.2 million claim forms to possible victims, calling attention to the process through websites, email, social media and radio and television ads. But in court papers obtained by the Associated Press, many victims said the legal notice didn't reach them because they have been displaced, or if they did receive it they originally believed it was a scam.

Others, like Steve Kane, told the New York Times he was unsure if he could file a claim without a lawyer and if he had received the forms from the utility to file a claim by mail.

Kane, whose main home survived the Camp Fire but still endured roughly $250,000 in property damage from other structures on his property that were destroyed, added that he may be taking away from others who sustained greater losses than him.

“That is where I wrestle with the moral dilemma,” he told the Times. “It’s like if I join the club and then seek recovery, they’re going to get less, when they need more than I need.”

Others have said they didn't think they could pursue a claim because PG&E is bankrupt, or that they weren't eligible to make a claim since they already received money from their insurance company.

Ryan Mooney, who lost his home in Paradise, told the AP he only discovered he could recover money from PG&E by seeing something on social media about it.

Another deadline looms next month for a separate wildfire assistance fund set up to cover urgent unmet needs. The Northern California Wildfire Assistance Program, also set up by PG&E, is accepting claims until Nov. 15, 2019, according to a factsheet on the fund.

Cathy Yanni, the court-appointed administrator for the program, told the Chico Enterprise-Record about 60 percent of the 13,000 people who applied for assistance were renters, and that while survivors of nearly two dozen wildfires are eligible for the program, most have been from the areas affected by the Camp Fire.

“We didn’t anticipate that, frankly,” she told the newspaper.

PG&E has separately agreed to pay more than $11 billion to insurance companies to compensate for claims they have already paid out to wildfire victims.

Dumas told the AP that wildfire survivors can additionally claim for hardships such as lost wages, lost business and emotional distress. Renters can seek to recover the cost of finding alternate housing.