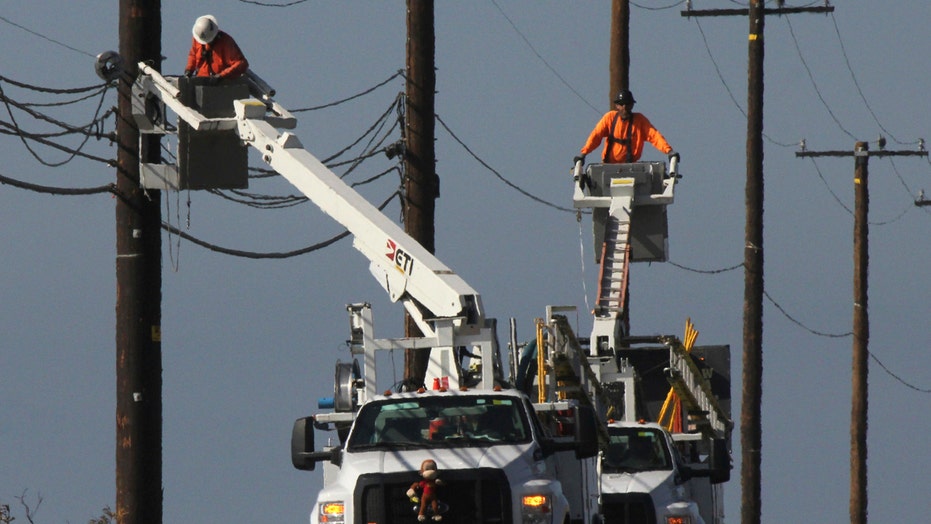 Robert Mardis, 67, died roughly 12 minutes after PG&E cut power to his home and the surrounding area. An autopsy report concluded the man died of severe coronary artery atherosclerosis, according to the Sacramento Bee.

Fire personnel responded to a call around 3:40 a.m. and found Mardis unresponsive on the floor of his home, according to El Dorado County Interim Fire Chief Lloyd Ogan. He was found wearing a nasal cannula, used to deliver oxygen to the nose, and was hooked up to a PPAP machine for that purpose. Mardis' family told Fox 40 he couldn’t reach his battery-powered tank in time.

California’s largest utility company instituted blackouts for its customers beginning Wednesday to prevent high winds from toppling power lines, which could cause deadly wildfires such as last year's Camp Fire, which left 85 people dead and was attributed to PG&E equipment.

Frustrations ran high as around 700,000 customers went without power. Experts say the actual number of people affected amounts to almost 2 million California residents. About half of those who lost power in the San Francisco Bay Area had it back by Friday.

For most it was a major inconvenience, but for Mardis, it may have had a deadly unintended consequence. PG&E spokeswoman Brandi Merlo said Friday that the company did not have any details about the death and had not substantiated it. But California Gov. Gavin Newsom, who has been critical of the service provider’s actions, called the death “devastating beyond words.”

“Losing a family member is horrific and to the extent this was the reason why, I hope that is investigated and I hope those responsible are held to account," he said, according to The Sacramento Bee.

PG&E offers a “medical baseline” to customers, allowing them discounted rates and advance notice of public safety power shutoffs. It’s unclear whether Mardish was such a customer.

Newsom has said PG&E’s power cuts are an issue of its own making, arguing that the company should have been working on making its power system sturdier and more weatherproof.

PG&E said in a statement that employees located 11 spots where parts of its systems were damaged due to strong winds but did not provide any details. That information will be in a state-mandated report the utility must give regulators within 10 days after the outage ends.