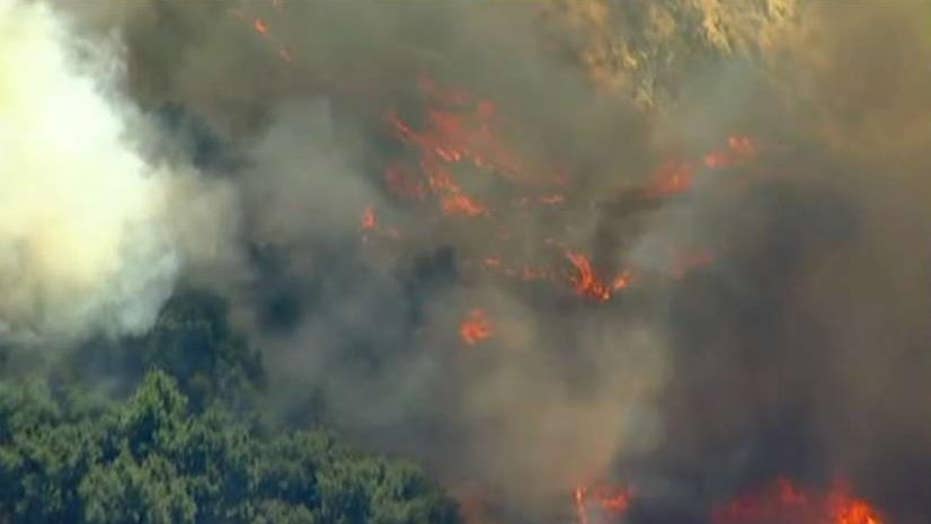 Three deaths have been linked to two wildfires in Southern California as law enforcement officials said Saturday that a second body had been found at a mobile home park in Calimesa where 74 structures were destroyed Thursday.

The Riverside County Sheriff's Department said they were working to identify the victim. The second person who died in the so-called Sandalwood Fire has been identified as 89-year-old Lois Arvikson. Her son Don Turner said she had called him to say she was evacuating, but he never heard from her again.

The blaze broke out mid-afternoon Thursday when the driver of a commercial trash truck dumped a smoldering load to prevent the vehicle from catching fire. Dry grass quickly ignited and winds gusting to 50 mph blew the fire into the Villa Calimesa Mobile Home Park. 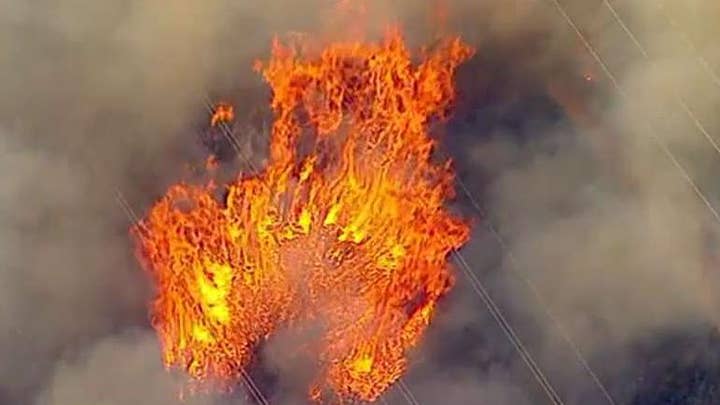 One man who tried to fight the Saddleridge blaze died of a heart attack, and one firefighter reported a minor eye injury. The fire's cause is under investigation, and authorities warned that the threat of flare-ups remained.

On Saturday afternoon, evacuation orders were lifted in all of Los Angeles County and in parts of Riverside County. Shortly before 5 p.m., the Los Angeles Police Department said in a tweet: "We thank members of the community for promptly heeding the evacuation orders and their patience as we worked to contain the fire."

Los Angeles Fire Department spokesman Brian Humphrey said the bulk of the fire at the city's edge had moved away from homes and into rugged hillsides and canyons where firefighters were making steady progress slowing its advance. Television footage showed plumes of smoke rising from the area but no walls of towering flame, as a water-dropping helicopter moved in to dump another cascade on the blaze.

The forecast called for low humidity — in the 10 percent range — with light wind and an occasional gust up to 15 mph.

Fire danger remained high for much of Southern California, with warnings in place for large swaths of Ventura and Santa Barbara counties west of Los Angeles.

The cause of the Los Angeles blaze wasn't immediately known, though arson investigators said a witness reported seeing sparks or flames coming from a power line near where the fire is believed to have started, said Peter Sanders, a spokesman for the Los Angeles Fire Department.