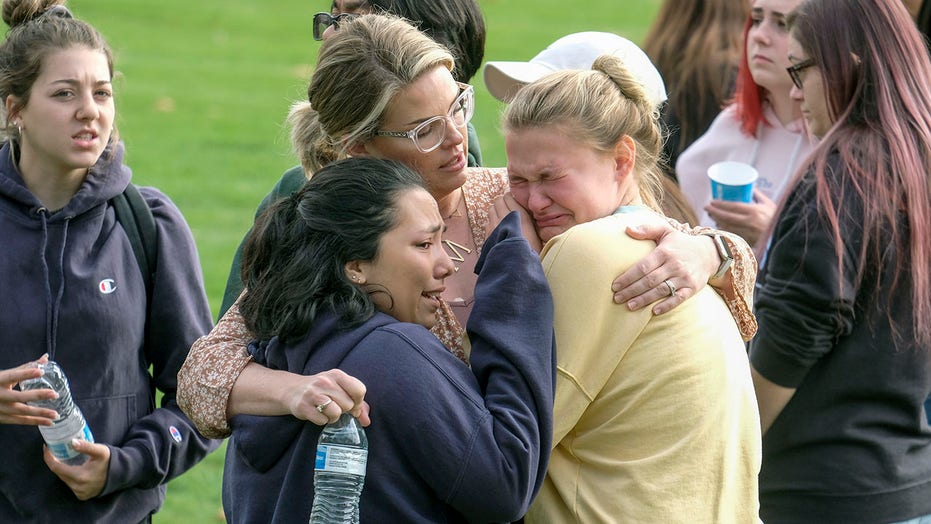 Authorities said in a press conference Friday that the 15-year-old girl who died at 9:23 a.m. Thursday as a result of the Saugus High School shooting in California was Gracie Muehlberger.

On Thursday morning, a 16-year-old boy pulled a .45-caliber pistol from his backpack and opened fire on his classmates. In addition to Gracie, a 14-year-old boy succumbed to his injuries and four others were wounded, including the suspect who turned the gun on himself. Their names have not yet been released.

Sheriff Alex Villanueva said as of Friday the suspect remains in critical condition. One of the victims has been released from the hospital, and two are expected to be released in the next few days.

After conducting more than 40 interviews, police found no manifesto or writing regarding the shooting by the suspect, but they do believe it was a planned attack. When the suspect’s mother dropped him off at school, he had the pistol and a planned number of shots in his bag.

Students are comforted as they wait to be reunited with their parents following a shooting at Saugus High School that injured several people on Thursday in Santa Clarita, Calif. (AP Photo/Ringo H.W. Chiu)

Gracie had just celebrated her 15th birthday on Oct. 10. She was described by her classmates as sweet and fun, the girl known and loved by virtually everyone, The Los Angeles Times reported.

“My heart is killing me right now,” a person who identified as Gracie’s brother posted to Twitter. “You are the best sister I could’ve asked for, I just know you’re my guardian angel now. I love you Gracie.”

Det. Daniel Finn was one of the first law enforcement officers on the scene, witnessing hundreds of students running out of the school just after he had dropped his girlfriend’s son off. He immediately ran toward the scene.

Having been a school security officer previously, he knew there would be a medical bag in the main office. He grabbed it and started administering aid to the three wounded victims he saw.