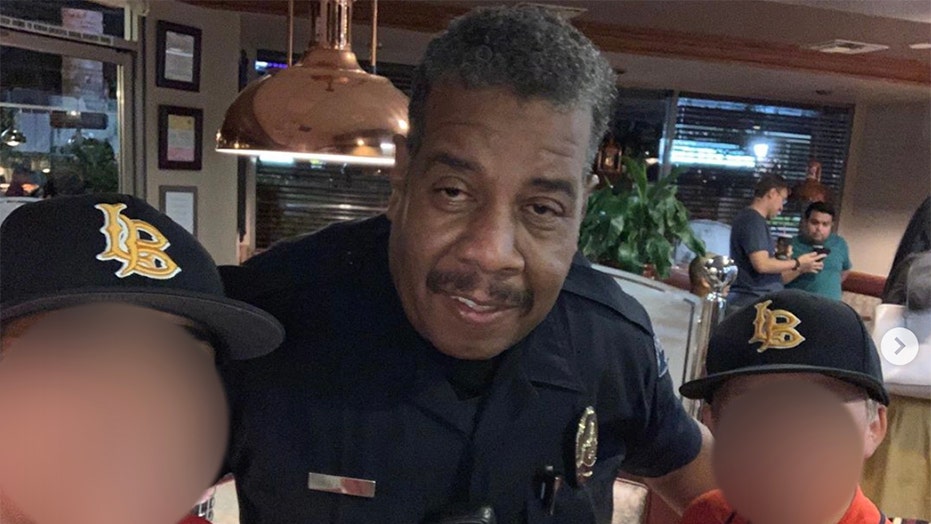 An off-duty officer was killed Saturday morning in a crash on a California freeway as he was on his way home from work, police said.

The Buena Park Police Department wrote on Instagram late Saturday that the department mourned the loss of Officer Art Brice.

Brice, 58, was driving home after a shift around 5:00 a.m. on Saturday when he was involved in the crash, “which tragically claimed his life,” the post said.

NYPD OFFICER, 'A GREAT COP, DEDICATED TO KEEPING THIS CITY SAFE,' KILLED DURING SHOOTOUT IN THE BRONX, POLICE CHIEF SAYS

“Officer Brice gave the city and citizens of Buena Park 11 years of dedicated service, as one of our reserve officers,” the post read.

Off-duty Officer Art Brice died Saturday in a crash on a California freeway as he was on his way home from work, police said. (Buena Park Police)

The crash reportedly unfolded on the 91 Freeway in Corona, which is about 45 minutes from Los Angeles.

The trailer of a truck detached and the driver of the tractor-trailer pulled to a stop and called police, according to The Press-Enterprise, which cited the California Highway Patrol. A minute later, Brice’s car hit the back of the disabled trailer and then spun to the right, where it hit a second tractor-trailer, the newspaper reported.

Brice reportedly became trapped in his vehicle, and emergency workers had to free him. Paramedics rushed him to a nearby hospital where he was pronounced dead.

“Officer Brice will be remembered as a genuine, caring, and uplifting presence, always ready to lend a hand or an ear,” The Buena Park Police Department's Instagram post read. “One of his favorite topics of discussion has been his 8 month old granddaughter.”

The police department added, “Please keep Officer Brice’s family in your prayers. We thank the community and allied agencies who have reached out and offered support.”

He is survived by his wife, two teenage stepchildren, his ex-wife and his son and daughter, the newspaper reported.

“He was the most amazing human being I ever met,” Brice’s wife, Kerri, told the paper. “And I am blessed by his presence in my life, even though it was entirely too short.”

His son told the newspaper Brice, an Army veteran, was on his way home to Moreno Valley from a shift at Buena Park where he would work evenings on the weekend when the crash took place.

A procession carrying Brice reportedly left an area hospital for the Riverside County Coroner’s Office around noon on Saturday.

This past February, the Buena Park City Council had honored Brice for a decade of service.