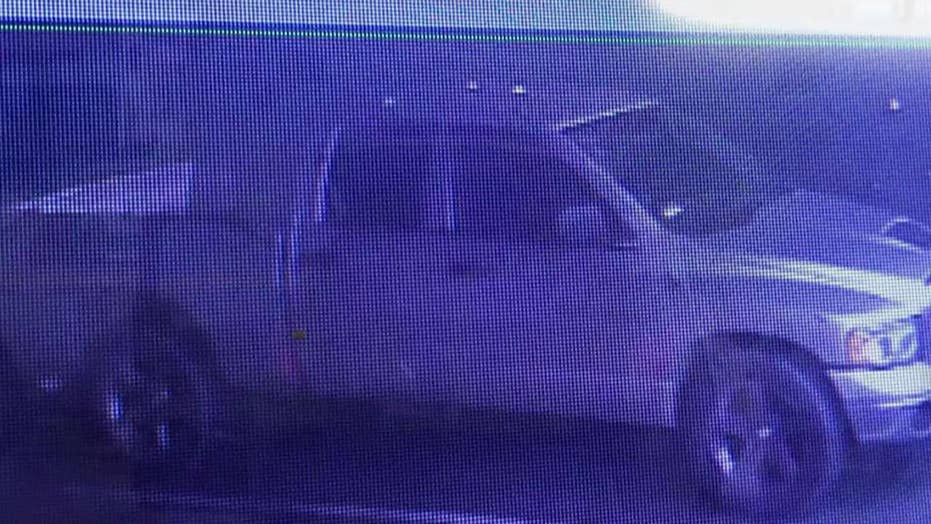 Authorities are not yet releasing the name of the illegal immigrant suspected of killing a police officer at a traffic stop in the town of Newman; William La Jeunesse reports.

The illegal immigrant wanted by California cops for the murder of one of their own may have connections to a Mexican-American street gang, according to an image circulating on social media confirmed as authentic by investigators.

The Stanislaus County Sheriff's Department – which is leading the investigation into the killing of Newman Police Cpl. Ronil Singh – posted the image, and several others, on its Twitter account early Friday morning.

“We can confirm these are pictures of the man who murdered Corporal Ronil Singh,” the department said. “We CANNOT, however, confirm that the correct name or birth date is being put out.”

The photo shows the alleged “cop-killer” posing in a tank-top shirt, with a metal chain necklace draped around his neck and a large flaming skull tattoo visible on his right arm. Underneath the tattoo is the word “$ur3no$,” which, according to police in Washington State, is Spanish for “southerners”.

“Sureños are a group of Mexican-American street gangs with origins in southern California (south of Bakersfield),” reads a profile on the group in a police gang recognition guide. “The gang has allegiance to the [California] prison gang, Mexican Mafia, aka “La Eme”.

Ten alleged members of the Sureños gang were charged in April for their suspected roles in seven murders in the Bay Area dating back to 2006, the Los Angeles Times reported.

The gang has also caused recent trouble along the U.S.-Mexico border. Immigration officials arrested one member outside of Tucson, Arizona in July on human smuggling charges after five illegal immigrants were found inside his truck. Months earlier, another member – who had been previously deported from the U.S. – was taken into custody along with two other illegal immigrants in southern Arizona, the Border Patrol said.

An image of the suspect wanted in Officer Singh's murder, confirmed to be authentic by California police. (Facebook/Stanislaus County Sheriff's Department)

Stanislaus County Sheriff Adam Christianson said Thursday that police have possession of a truck believed to have been driven by the suspect in Singh’s killing, but authorities won’t release his identity until they are “100 percent certain we have the right name.

“We have a protocol we follow in specifically identifying people,” he told reporters. “It would be irresponsible for us to issue that information without absolutely knowing without any doubt that we have identified the right suspect.”

The man appears to have at least five Facebook profiles, each with a different alias. Four of the pages say he is from Mexico’s Colima State on its Pacific Coast and contain images of him with the “Sureños” tattoo and silver chain necklace visible. Some of the pages are Facebook friends with one another.

One of the profiles purportedly belonging to the individual contains numerous images of pistols and weapons, and several images of him crossing his arms while holding a pistol.

His whereabouts remain unknown Friday, but police suspect he is hiding out somewhere around Newman, where the shooting happened early Wednesday morning.

“This suspect is in our country illegally. He doesn’t belong here. He is a criminal. We will find him, we will arrest him, we will bring him to justice,” Christianson said Thursday. “We strongly encourage him to surrender himself peacefully so we can bring closure to this senseless act of violence."

The suspect was stopped by Singh for a DUI investigation before engaging in a gunfight with the officer, during which Singh tried to defend himself, Christianson said.

“He came to this country with one purpose, and that was to serve this country,” Chief Randy Richardson said, declaring that “a coward took his life.”