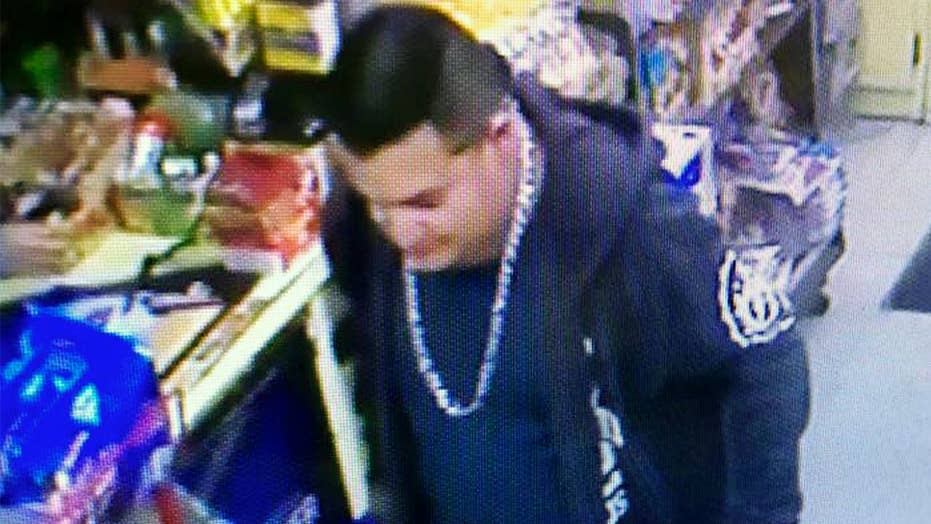 The suspect sought in connection with the murder of a California cop earlier this week is in the U.S. illegally, authorities revealed on Thursday.

The unidentified man alleged to be behind the slaying of Newman police Cpl. Ronil Singh, 33, “is considered armed and dangerous,” Stanislaus County Sheriff Adam Christianson said during a news conference on Thursday afternoon, vowing that the manhunt would “relentlessly continue.”

“This suspect … is in our country illegally. He doesn’t belong here. He is a criminal. We will find him, we will arrest him, we will bring him to justice,” Christianson said.

Singh was shot and killed during a traffic stop just before 1 a.m. Wednesday in Newman, about 100 miles southeast of San Francisco, according to police.

The suspect was stopped by Singh for a DUI investigation before engaging in a gunfight with the officer, during which Singh tried to defend himself, Christianson said.

Singh had called in the traffic stop and reported "shots fired" over his radio a few minutes later, sheriff's officials previously said. The suspect fled when backup officers arrived to assist Singh, who was then rushed to a hospital. He later died from his gunshot wounds, the department said.

Surveillance photos released of the suspect showed him inside the Newman Food Store shortly before the fatal attack. Police also located the truck the suspect is believed to have driven.

Authorities urged the suspect, still thought to be in the vicinity, to turn himself in.

“We strongly encourage him to surrender himself peacefully so we can bring closure to this senseless act of violence,” Christianson said. He added that he’s hopeful law enforcement “may have him in custody sooner than later.”

“He came to this country with one purpose, and that was to serve this country,” Chief Randy Richardson said, declaring that “a coward took his life.”

Richardson pleaded for help in apprehending the suspect and urged him to surrender.

President Trump addressed the manhunt on Twitter on Thursday, in connection with his persistent calls for a wall at the southern border with Mexico.

“There is right now a full scale manhunt going on in California for an illegal immigrant accused of shooting and killing a police officer during a traffic stop,” Trump tweeted. “Time to get tough on Border Security. Build the Wall!”