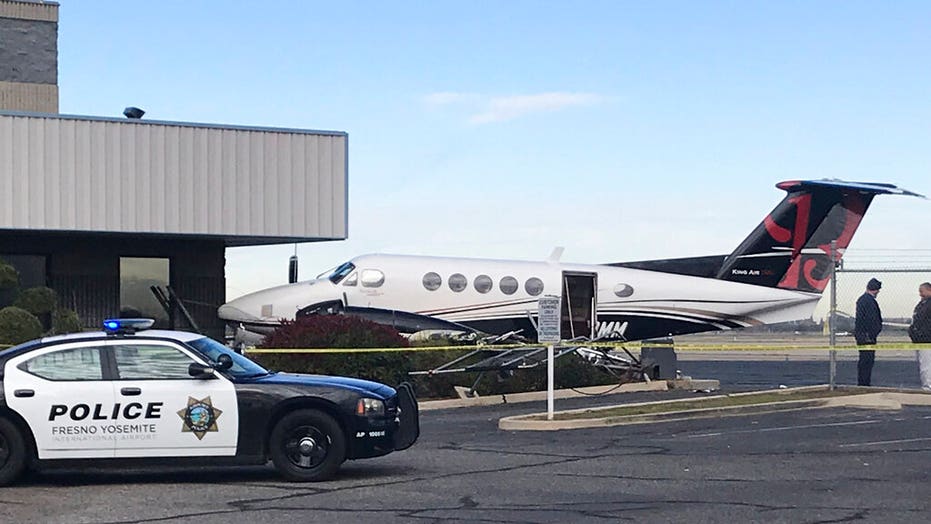 A California teen was arrested Wednesday for allegedly sneaking onto a plane which she then crashed into a chain-link fence, investigators said.

The 17-year-old girl breached the fence of Fresno Yosemite International Airport around 7:30 a.m., started up a King Air 200 propeller-driven aircraft and crashed it into a fence, according to a statement from airport officials.

The girl's mother said her daughter ran away from home Tuesday night and hadn't been seen or heard from since, Fresno's Fox 26 reported. Her daughter had never run away before and didn’t even know how to drive a car, the mother added.

A small plane sits parked after it was crashed into a fence by a 17-year-old girl Wednesday, Dec. 18, 2019, at the Fresno Yosemite International Airport in Fresno, Calif.  (The Fresno Bee via AP)

Police found the teen in the pilot's seat, wearing the pilot's headset, and arrested her on suspicion of theft of an aircraft. Officers said she appeared to be disoriented and was uncooperative when taken into custody.

The teen’s identity has not been released because of her age. She will be booked into a juvenile hall after police finish questioning her.

Airport Police Chief Drew Bessinger said the teen’s motives are still under investigation, but there is no indication of “domestic terrorism.”