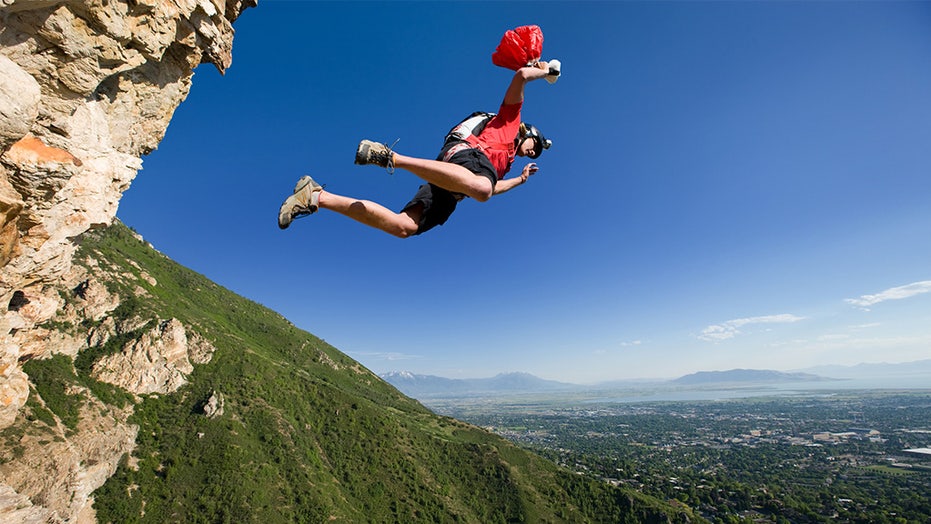 The death of an apparent BASE jumper found at the bottom of a California granite quarry on Sunday was being investigated as suspicious, officials said.

Firefighters responded around 8 a.m. to the Riverside Quarry in Jurupa Valley, about 50 miles east of Los Angeles, where they found the man’s body, Cal Fire Riverside wrote in a tweet.

A parachute was found with the man, whose identity was being withheld until family members were notified, Riverside County Sheriff’s Deputy Mike Vasquez told The Press-Enterprise.

It was initially thought the man was a skydiver, but investigators later told the paper he appeared to be a BASE jumper.

UK MAN DIES AFTER GETTING STUCK ON TOP OF 290-FOOT SMOKESTACK, POLICE SAY

The man was believed to have jumped Saturday evening, the sheriff’s department told KABC-TV. Officials said the death was being investigated as suspicious, but further details weren’t immediately made available.

An employee at the quarry told KABC he met the man on Saturday, and the man appeared to be scouting for a place to jump.

BASE jumping is an extreme sport in which parachutists jump from elevated fixed platforms such as buildings, antennae, spans (bridges) or earths (cliffs). The sport has been made illegal in many places and banned in U.S. national parks because of the high number of deaths linked to the practice.

Riverside Quarry has been regarded as a popular spot for rock climbers but was closed to the activity in August because of construction in the area, the Press-Enterprise reported.