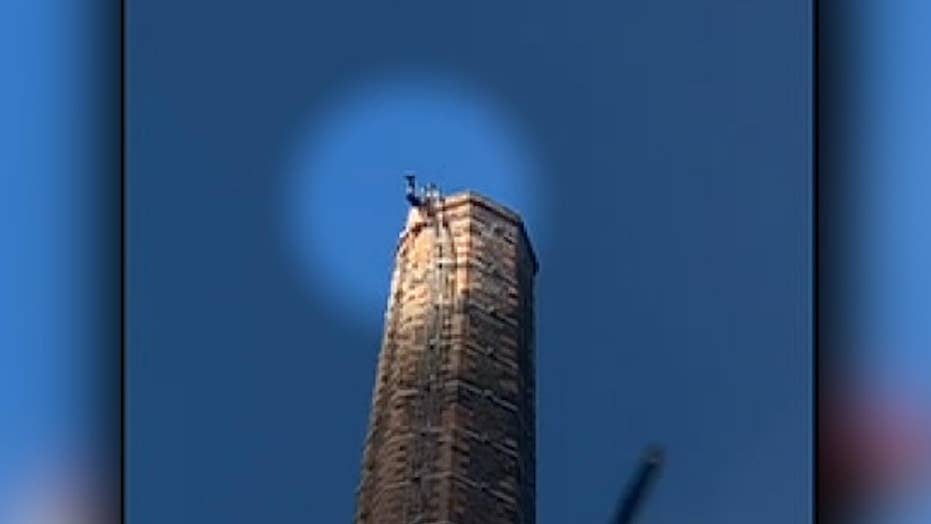 The 50-year-old man was reportedly dangling by his pants for more than 12 hours before being rescued; he has since died as a result of the incident.

A British man who was trapped atop a 290-foot smokestack for over 12 hours has died, investigators said.

The unnamed man, believed to be in his 50s, was first spotted at the top of the Dixon Chimney in Carlisle, in northwest England, around 2:20 a.m. on Monday, Cumbria Police said in a statement.

He was retrieved with a cherry picker and pronounced dead at the scene around 4:45 p.m., police said. A cause of death wasn't immediately released.

The rescue effort was described as “highly complex,” police said. It lasted several hours and included road closures and the use of drones.

Video and photos showed that the man appeared to be stuck upside down, dangling from the top of the tower.

Rescuers had first tried to reach the man with a helicopter. The efforts had to be called off because of the precarious position the man was in and the potential for backdrafts from the helicopter, police said.

Rescuers then deployed a cherry picker to reach the man, police said. Specialist firefighters trained to work at extreme heights brought the man down from the chimney.

It was unclear how or why the man reached the top. The chimney appears to have a ladder running up its side.

Police have launched an investigation into how and why the man climbed the chimney.