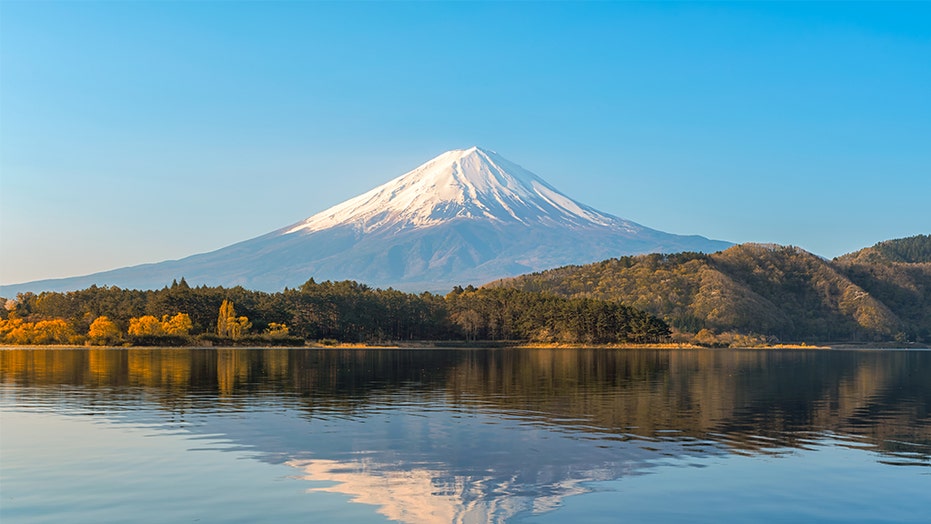 A climber in Japan who appeared to fall while livestreaming his ascent of Mount Fuji may have been found after searchers recovered a body Wednesday, authorities said.

A Japanese rescue team found a body at an altitude of 9,800 feet and are working to confirm whether it is the man seen falling Monday in the YouTube video, a Shizuoka prefectural police official said. Authorities began searching Japan’s highest mountain on Tuesday after getting calls from viewers of the livestream.

CALIFORNIA HIKER, 23, DIES AFTER 400-FOOT FALL FROM ONE OF STATE'S HIGHEST MOUNTAINS

The video, titled "Let's Go to Snowy Mt. Fuji," shows a man who identifies himself as TEDZU climbing up a snow-covered path that appeared to be high above the clouds near the summit. The man tells viewers the route is becoming dangerous as it begins to slope downward.

"Oh, this place is slippery, getting dangerous," the man says. "I'm trying to walk by the rocks, yes, rocks. It's a steep downhill."

"Wait! I'm slipping,” he says, and appears to slide feet-first down the snowy slope. The video ends abruptly.

A helicopter and 10-member mountain rescue team began searching for the climber Tuesday morning, according to public broadcaster NHK. They reportedly found marks that appeared consistent with a person falling above the mountain’s seventh station.

While Mount Fuji’s climbing season ended last month, there is no law stopping people from entering when it’s closed, police said. They advised people not to climb when the iconic mountain is covered in snow because it's especially dangerous, according to NHK.

Mount Fuji rises 12,388 feet, sitting between Shizuoka and Yamanashi prefectures. It is considered one of Japan's three sacred mountains, known for its volcanic power.