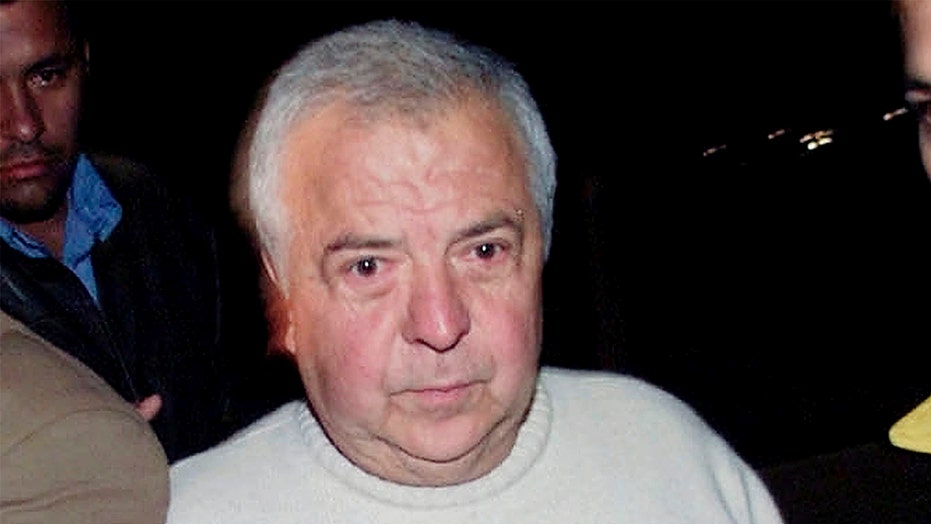 The co-founder of Colombia's notorious Cali Cartel, which used innovative techniques to smuggle $2 billion in drugs into the United States, is seeking an early release from federal prison in Miami because of his deteriorating health.

Gilberto Rodriguez-Orejuela, 81, has served half of his 30-year sentence under a 2006 plea deal. He is battling colon and prostate cancer and is asking to return to his family in Colombia.

“He has been in various jails for the past 25 years,” his attorney, David Markus, said. “Our system allows judges to be compassionate, and that’s what we are asking for here.”

Gilberto Rodriguez Orejuela leaves the Combita maximum security prison, in Tunja, 60 miles northeast of Bogota, Colombia. The 81-year-old is asking a Miami federal judge to let him return to his family in Colombia because he suffers from prostate and colon cancer. (AP Photo/Javier Galeano, File)

At the height of their power, Rodriguez-Orejuela and his brother, Miguel, 76, turned the Cali Cartel into one of the world's most dominant drug smuggling operations. The enterprise was known for mixing cocaine shipments with legitimate goods such as frozen vegetables, fruits and coffee packages.

U.S. officials say the cartel smuggled at least 200 tons of cocaine into the country during the 1990s -- 80 percent of the nation's supply at the time.

The group became the dominant drug organization after the death of Pablo Escobar, the leader of the rival Medellin Cartel. Unlike Escobar, who waged a deadly war with the Colombian government before he was gunned down, the Cali Cartel leaders opted for a more quiet approach and were nicknamed the "Gentlemen of Cali."

Their crimes were the focus of the third season of "Narcos" on Netflix. Miguel Rodriguez-Orejuela is serving his prison sentence at a federal prison in Pennsylvania.

Federal prosecutors oppose the early release request, saying Rodriguez-Orejuela has received proper medical care in a North Carolina prison and the severity of his crimes.

“Releasing Rodriguez-Orejuela early jeopardizes public safety by diminishing the seriousness of his offense and would send entirely the wrong message about leading such a large scale drug trafficking (operation) and the punishment that must come with it,” Assistant U.S. Attorney Lisa Hirsch said in court papers.

Markus said in court papers that his client poses no threat and will not engage in any smuggling activities if released.

“He has zero interest in re-offending and is instead focused on keeping body and soul together,” he said. “Gilberto Rodriguez-Orejuela is truly a changed man in so many ways. We should be thankful for that.”