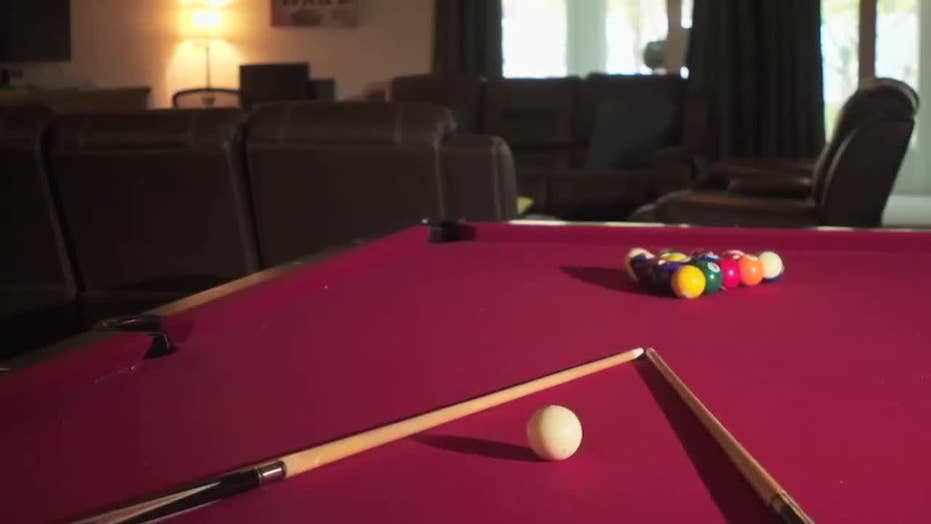 Join Fox Report with Jon Scott for an exclusive look inside a home for boys who escape human trafficking.

If there’s a public face of the victims of human trafficking it’s usually that of a young teenage girl, but across the country, a new type of victim is increasingly coming to the forefront.

Young boys are increasingly preyed upon and exploited in the sex trade, and advocates are beginning to take notice.

"If we look at one particular study funded by the Department of Justice…that study identified an estimated 36% of kids that are trafficked are boys.”

“[W]hen you think about the magnitude of the problem, the number of kids being sold for sex here in America, most people think of girls,” Geoff Rogers, Co-Founder of the United State Institute against Human Trafficking (USIAHT) said in an interview with Fox News, “and certainly there's a tremendous number of girls being sold. But if we look at one particular study funded by the Department of Justice…that study identified an estimated 36% of kids that are trafficked are boys.”

Geoff Rogers and Kevin Malone at their Florida-based home for boys who have been sex trafficked. (Fox News)

Fox News was given unprecedented access to a safe home for boys that was started by the USIAHT Opened in 2017 by the institute in an undisclosed and remote location in Florida, the home is the first in the US that helps young men escape the clutches of human trafficking and start over with the chance at a normal life.

On Tonight’s Fox Report with Jon Scott, you’ll get a first look at the facility, which is currently the only one of its kind in operation.

Kevin Malone at his Florida-based home for boys who have been sex trafficked. (Fox News)

“This safe home is for young boys that have been sex trafficked. They're from the ages of 10 to 17. And it's been an incredible process to work with these young kids, to really learn firsthand the differences between how boys are trafficked compared to girls,” Rogers said. “Because they've really-- they've never seen a program like this before. Every child and the experiences that they've had is very, very different, especially when it comes to the boys.”

Exact numbers and scope of male victims are not known but according to a 2016 study commissioned by the U.S. Department of Justice, up to 36% of children forced into the U.S. Sex industry were male. A 2008 study by John Jay College of Criminal Justice suggests that boys made up nearly 50 percent of children who were sexually exploited in the City of New York.

The USIAHT’s safe home is staffed with care workers around the clock to provide service to up to six residents at any given time. They assist with counseling and helping these young men adjust to a normal life.

“And so with these boys, most of them, really all of them now, are going to public school. Some of them now have cellphones that they can check in and check out,” Rogers said. “Some of 'em have some social media access. They're on Xbox. They're on the internet. It's all monitored, of course.

“But what we're really doing is trying to give them the most normal environment possible. Because really it's a recognition that these are just kids. They're just teenagers.”