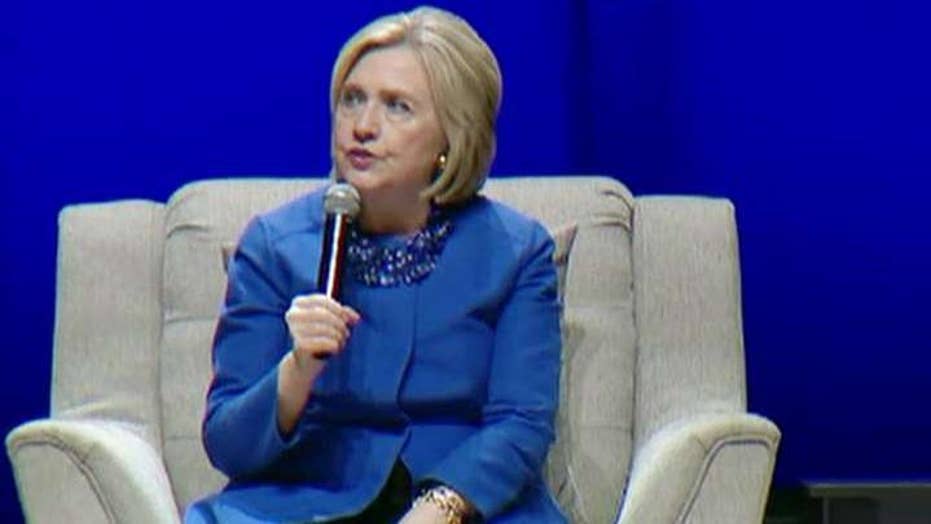 Fox News contributor Dan Bongino: How can the woman whose team colluded with Russia during the 2016 campaign claim the election was 'stolen' from her?

Speaking in Los Angeles Saturday as part of the “Evening with the Clintons” tour, the former Democratic presidential nominee told the crowd she has been warning 2020 candidates they could suffer the same fate.

“I think it’s also critical to understand that, as I’ve been telling candidates who have come to see me, you can run the best campaign, you can even become the nominee, and you can have the election stolen from you,” Clinton said.

On “Fox & Friends” Monday, Bongino ripped Clinton, wondering, “Is there a politician with more temerity anywhere than Hillary Clinton?”

“Hillary Clinton’s team literally, not figuratively – ‘literally’ is the most overused word in the English language, not in this case -- literally paid foreign spies to gather information from Russians to use to attack Donald Trump in the FISA court during the campaign,” Bongino said. “And she’s now complaining that the election was stolen from her? I mean, the gall, the nerve on Mrs. Clinton.”

Bongino lamented that the mainstream media has largely ignored the “real collusion” that occurred during the 2016 election.

“Why did Hillary’s team collude with Russian intelligence to feed information to our law enforcement? It's a simple question. Why isn’t it out there?” Bongino said.