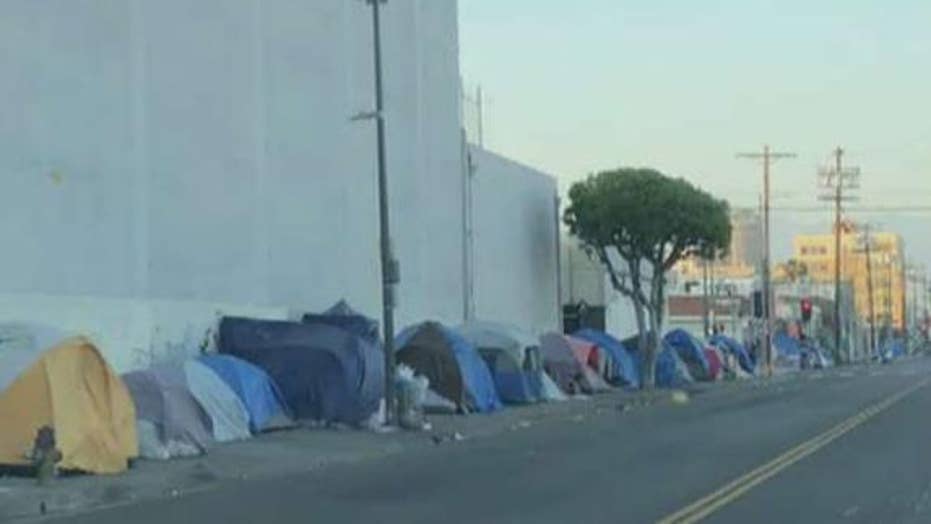 With so many people priced out of housing, wouldn't local leaders want to stop the flow of new arrivals to get prices under control?

Dozens of downtown Los Angeles residents on Thursday demanded lawmakers increase the police presence in the area in response to assaults, drug sales and harassment in the area.

The request comes as the region grapples with an increased homeless population.

“Everyone living, working in, or visiting downtown has noticed the rapidly deteriorating conditions,” downtown resident Catherine Tomiczek told the committee. She said a friend was beaten and robbed on the street and a neighbor was stabbed in her building.

Councilman Paul Krekorian, who heads the committee, said he would request the information sought by the group. Major crimes downtown increased 6.7 percent this year compared with the same period in 2018, according to LAPD crime data through April 13.

“I know friends who can’t wait till their lease is up so they can move out of downtown," he told the committee.

Los Angeles Police Chief Michael Moore said the division that covers downtown has 414 sworn officers, up from 404 in 2016. He acknowledged that the area has seen an uptick in population, including many homeless.