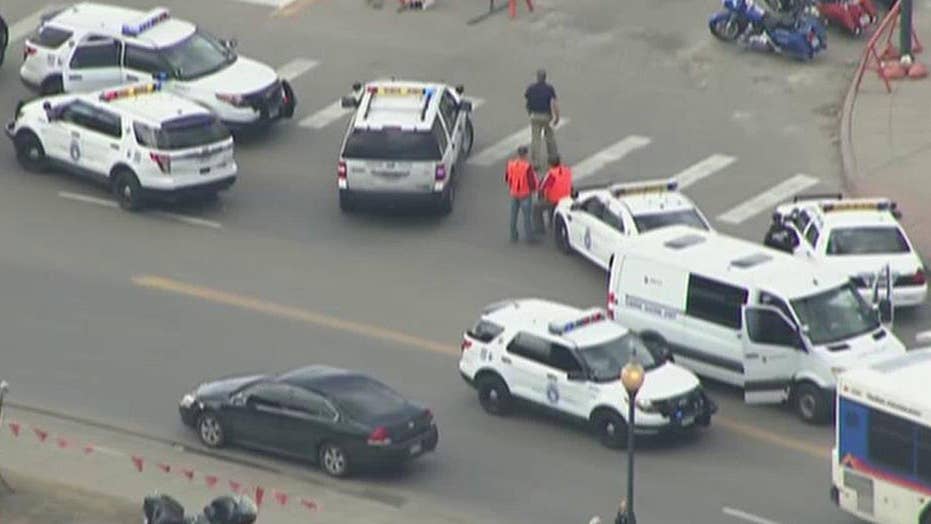 Will Carr reports on shootings that occurred at motorcycle event

DENVER – Two biker clubs that clashed during a weekend motorcycle show in Denver say their members acted in self-defense during the brawl that left one person dead and seven others shot, stabbed or beaten.

A member of the Mongols motorcycle club was killed when he tried to disarm an Iron Order member who was pointing a gun at a crowd, Las Vegas attorney Stephen Stubbs said Thursday in the latest salvo in the clubs' ongoing dispute over who sparked the melee.

Victor Mendoza, 46, charged toward the gunman and was shot, Stubbs said during what he described as the Mongols' first-ever press conference, held at a VFW hall. He was flanked by two club members who refused to speak or give their names.

Stubbs had no comment about the seven others hurt during the Saturday melee at the Colorado Motorcycle Expo, where biker clubs from around the country gathered.

Iron Order's attorney, John C. Whitfield, said a Colorado Department of Corrections officer who belongs to the club opened fire during the brawl in self-defense after its members were jumped by a group of Mongols. Stubbs' account makes no sense, he said.

No charges have been filed. Denver police would not comment on either side's account of the fight, saying detectives were still interviewing people involved. They have said more than one person opened fire, and they were analyzing more than one gun to determine who fired the fatal shot.

"Running to the top of the stairs, pointing a gun at a crowd below, and shooting an unarmed man that bravely tries to disarm you cannot be self-defense," Stubbs said, reading from a prepared statement.

Conversely, he said, "if you are an unarmed man that is charging some intoxicated lunatic at the top of the stairs that is waving a gun at a crowd of people, that is definitely self-defense."

Stubbs called Mendoza a dedicated family man who sacrificed his life trying to save others.

Others involved in the brawl have not been identified.

Iron Order is "doing everything we can to assist the investigation so the truth will be known," Whitfield said.