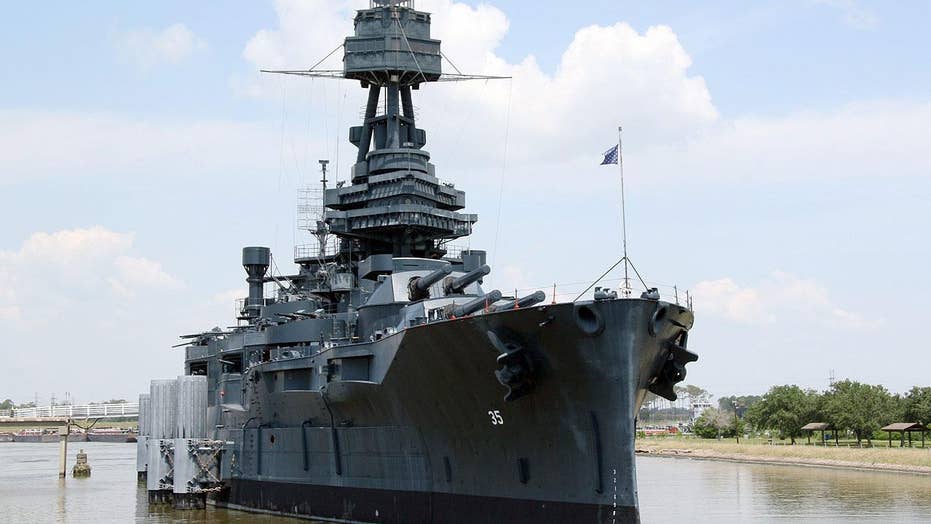 The USS Texas is closed to the public until further notice because of a major leak that caused the ship to list six degrees.

Crews are working to repair major leaks and stop flooding on board the historic Battleship Texas in Houston. As a result, the site is closed to the public until further notice.

The ship is constantly leaking and a system of pumps are in place to push out the water, according to Bill Erwin, Superintendent for San Jacinto Battleground State Historic Site.

But a new six-by-eight-inch hole in the blister tank let in a substantial amount of water that the current pump system could not control. The extra water caused the ship to list six degrees to the starboard or to the right.

Texas Parks and Wildlife hired a contractor who installed additional pumps and put divers in the water to find and patch the hole. As of 9:30 local time Monday morning, the hole was fixed and crews were working to get the pumps operating again.

“We’re going to be working on this with our contractors until we come to a resolution and get the ship righted,” said Erwin. He believes there was another leak in the ship and divers are scheduled to get back in the water and check the hull again.

Battleship Texas took part in some of the most significant battles in both World Wars. At the time she was built in 1914, she was the most powerful weapon in the world according to Texas Parks and Wildlife. USS Texas was the first ship to have anti-aircraft guns and was one of the first to have radar installed in 1939. She was decommissioned in 1948 and became a memorial ship.

“She’s a hundred-year-old battleship who’s sitting in water and her hull is made of steel and steel rusts. Eventually we’re going to have deterioration within the hull. Until and if we can get her into dry dock and do a more complete repair of the hull,” said Erwin.

Crews started working to restore damage from age and deterioration to keep the ship afloat. They said that they weren’t sure when the ship would open again, but that they needed to definitively identify the leaks and pump all the water out.

“This is such a wonderful symbol of our history and our heritage,” said Erwin. “Our goal is to keep her preserved, to allow many, many future generations to understand and experience her significance.”