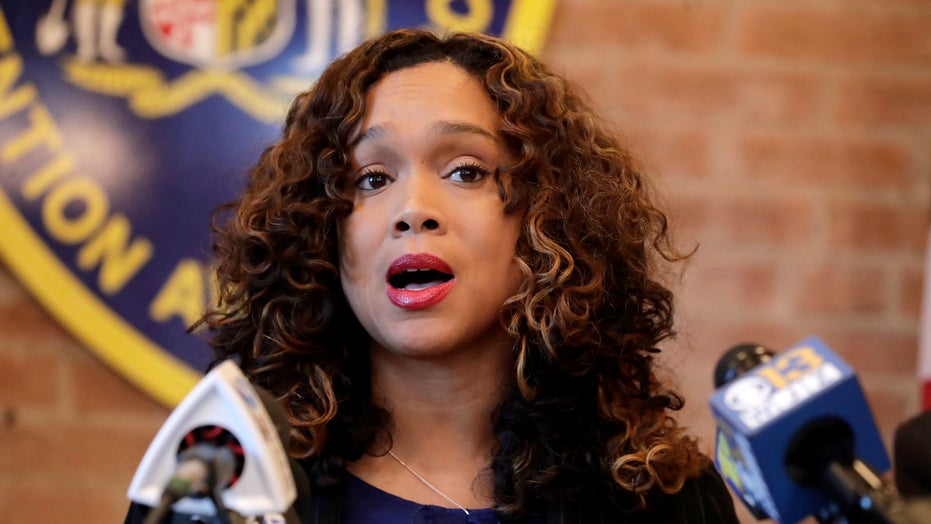 More than two dozen Baltimore corrections officers were indicted Tuesday on at least 200 charges that they used excessive force on prisoners at state-operated jails in the city, authorities said.

The 25 indicted officers are accused of threatening and assaulting detainees at correctional facilities, as well as tampering with evidence and falsifying documents, said Maryland State Attorney Marlilyn Mosby, whose office secured the indictments.

Mosby during a news conference said the indictments were the result of a “long-term investigation” after “allegations of force and intimidation.”

Mosby said 21 of the 25 officers were taken into custody on Tuesday. They were members of a tactical unit with a paramilitary command structure and were operating inside four Baltimore detention facilities.

Mosby said the officers used violence and intimidation to “maintain its dominance and its operational territory” inside the jails.

The indicted officers face a total of 236 counts and have been on administrative leave since 2018, when the state Department of Public Safety and Correctional Services began investigating allegations, according to Maryland Corrections Secretary Robert Green.

“This case represents our strong effort to root out people who don’t belong in the field where public safety and rehabilitation is the mission,” Green told reporters. “This is a disturbing case, but it does not represent nor should it cast a shadow on the commitment and integrity of the exceptional correctional professionals in this department.”

Maryland Gov. Larry Hogan said in a statement that with the latest round of indictments, anti-corruption efforts have led to the convictions of more than 200 officers, inmates and citizen accomplices.

“Our correctional officers have one of the most difficult jobs in all of public safety, and we will not let the criminal behavior of the few tarnish the great work of the nearly 5,000 dedicated officers who serve with distinction every single day,” Hogan said.