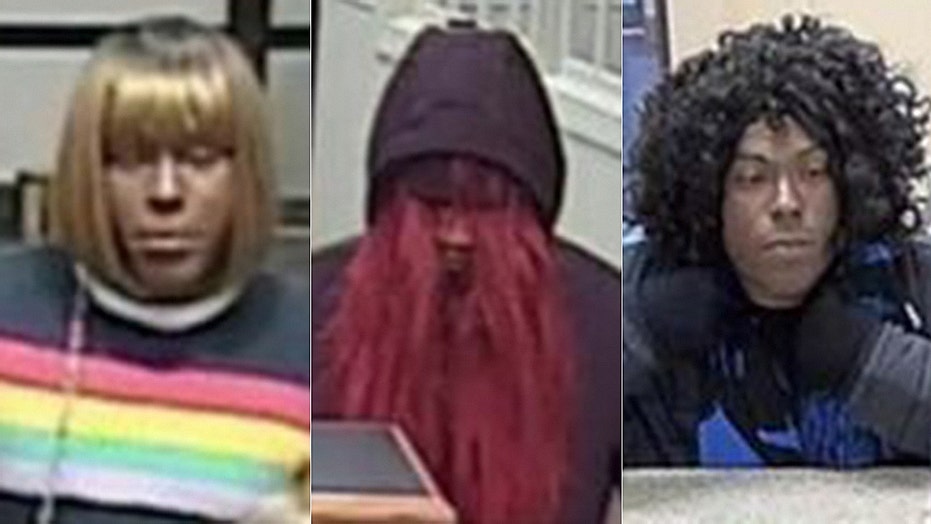 A man being sought in North Carolina by the FBI has been dubbed the “Bad Wig Bandit” after hitting three banks near Charlotte in the past month disguised as a woman.

“In each robbery the suspect wore a different wig,” FBI Charlotte said.

And in at least one of the robberies he was wearing high heels, Fox 46 Charlotte reported.

FBI said it is looking for the "Bad Wig Bandit” in connection with three bank robberies near Charlotte, N.C., in the past month.<br><br> (FBI)

The bandit struck most recently on Wednesday when he hit two banks in a five-hour span, the FBI reported.

He struck a New Horizon Bank in Belmont in a long red wig and hooded jacket and then a Wells Fargo Bank in Gastonia in a black curly wig, the station reported.

The other robbery took place on Dec. 13 at a BB&T bank in Huntersville.

The bandit had on a blonde wig in that heist, according to the FBI.

The FBI released surveillance images of the bandit that were taken at each bank.