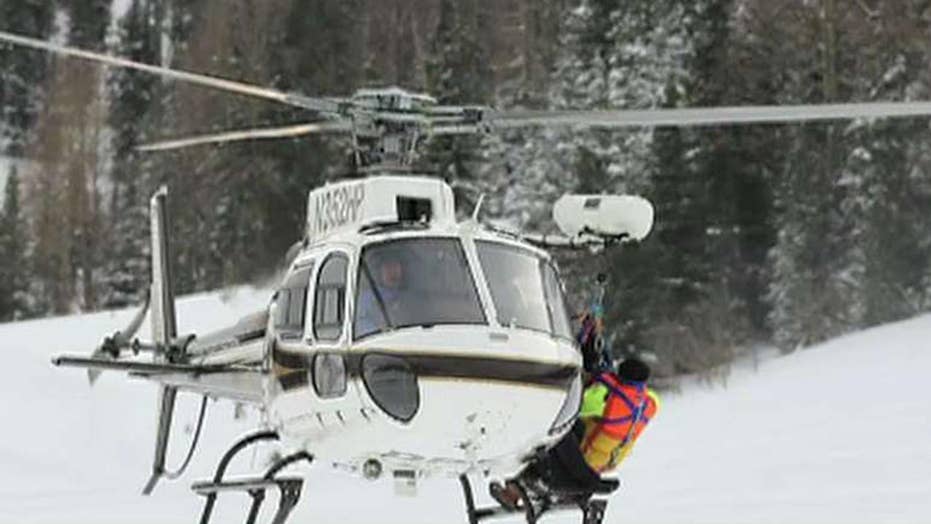 Search crews recover the body of skier killed by avalanche

This is Utah's first avalanche fatality in three years.

A backcountry skier buried by an avalanche in Utah over the weekend escaped death when a group of friends were able to dig him out.

The pals were in a backcountry area near Guardsman’s Pass by Park City on Saturday when one of the skiers fell, triggering an avalanche.

“I'll remember that moment when the day switched,” Colby Stevenson told FOX13. “All the sudden I see this avalanche and I’m like, 'oh, slide!'”

Stevenson, a competitive backcountry skier, said he watched helplessly at the bottom of the avalanche as tons of snow carried his friend down the mountain.

“He let go of his poles and he was swimming through the avalanche to keep his head up,” he said.

The skier caught in the slide, who asked to not be identified, was carried about 200 feet through trees and rocks until he was eventually buried.

Video from the skier's helmet cam shows the skier eventually being buried by snow.

One of the skier's friends, John Brown, went down the hill right away looking for any sign of his friend.

“It was scary. I didn't know how to think straight really,” he told FOX13.

But then, the friends spotted the tip of a ski peeking out from the snow, and they were eventually able to dig their friend out.

“When I hit his leg for the first time he started screaming,” Stevenson said. “It was very frantic we were just going to dig until his head was free and he could breathe.”

The man was buried for about 75 seconds but was able to make it out alive thanks to the quick actions of his experienced friends.

The Utah Avalanche Center says on its website there are "considerable" threats of avalanches throughout the region due to recent snow.

"An AVALANCHE WATCH has been issued for the La Sal and Abajo mountains in southern Utah where the avalanche danger is expected to rise to HIGH," the center said about the area near the Salt Lake Area Mountains. "Strong winds with periods of heavy snow will create widespread areas of unstable snow. The avalanche danger in these mountains will remain elevated through the weekend."

The skier's brush with death came the same weekend two backcountry skiers were killed in an avalanche in an area of Colorado known as "Death Pass."