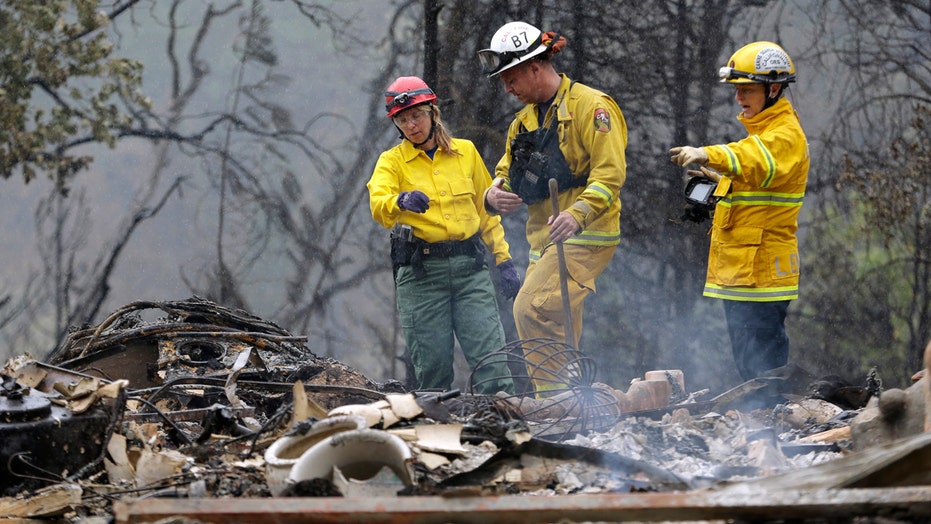 SAN ANDREAS, Calif. – Federal authorities vowed Friday to help residents recover from one of the most destructive wildfires in memory in California, and fire officials called again for improved evacuation planning in preparation for the next fires.

Officials from the Small Business Administration and the Federal Emergency Management Agency appeared at a news conference in San Andreas, urging residents of Calaveras County to register for help with temporary housing as they clear debris and rebuild.

"When your home burns up, all of your memories are gone," said Timothy Scranton, a federal coordinating officer assigned to the wildfire. "So we want to be there to help you through these very difficult times."

The fire, along with another massive blaze in Lake County north of San Francisco, prompted President Barack Obama to declare major disasters in California. The declarations clear the way for release of federal money for cleanup and recovery.

In addition, California's Department of Finance announced Friday that it was transferring $10 million from the state's rainy day fund to help pay for cleanup involving the two fires.

"The devastation caused by these fires is extraordinary," Director of Finance Michael Cohen said in a letter notifying state lawmakers of the spending. "Immediate action must be taken to safely remove huge amounts of burned debris to eliminate the threat to lives, public health and safety."

The fire in Calaveras County killed at least two men and destroyed about 860 structures, including 475 homes. It was 93 percent contained after blackening 110 square miles east of San Francisco. The fire started in Amador County but caused most of the destruction in neighboring Calaveras County.

The fire in Lake County killed four people and destroyed more than 1,900 structures, most of them homes. It charred 118 square miles and was 90 percent contained.

"We've got to focus as communities on evacuation planning and heeding evacuation orders," said Ken Pimlott, director and chief of the California Department of Forestry and Fire Protection, known as Cal Fire. "These fires this summer are spreading at critical rates."

Dispatch logs released Thursday showed the small Lake County Sheriff's Office was strained as it moved to evacuate people while flames sped across the mountainous county.

Some residents ignored evacuation orders, with people in at least two instances arguing with or threatening would-be rescuers.

Lake County Sheriff Brian Martin acknowledged that not everybody received alerts to evacuate.