The role of forensics in Austin bombing investigation

Insight from Bernard Zapor, former special agent in charge at the ATF and faculty associate at Arizona State University's School of Criminology and Criminal Justice.

An affidavit in the Austin package bombings investigation was unsealed Monday, revealing more details about the fatal attacks that terrorized the Texas neighborhood for three weeks last month.

The affidavit released by federal officials was used to support an arrest warrant for Mark Anthony Conditt, the 23-year-old suspect in the attacks, which left two people dead and four others seriously injured.

AUSTIN SERIAL BOMBER MARK ANTHONY CONDITT: EVERYTHING WE KNOW ABOUT THE PFLUGERVILLE RESIDENT

Federal officials said Conditt used PVC pipe casing, a metal pipe and shrapnel in the attacks, and the document revealed that investigators used bomb evidence, video surveillance, interviews and phone records to track down Conditt, who officials said blew himself up as cops closed in on him on March 21.

The affidavit left other details redacted, such as witness information, phone numbers and locations where police say Conditt purchased his materials. 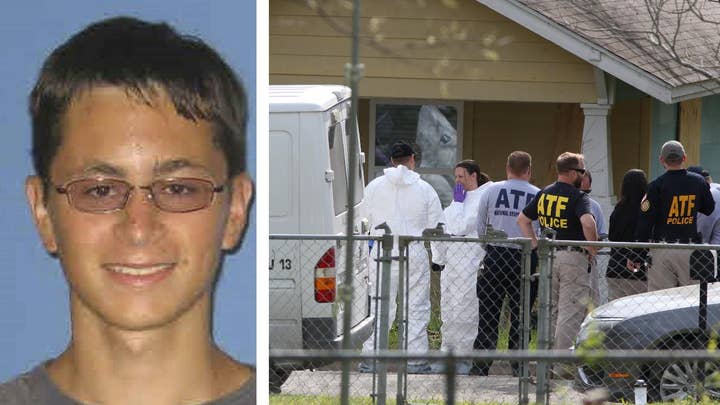 An arrest warrant was also issued for Conditt just hours before he killed himself, according to the documents, which did not mention a possible motive for the attacks.

Authorities at a press conference Monday said there are no further suspects in the attacks, but advised the Austin community to be vigilant about suspicious packages.