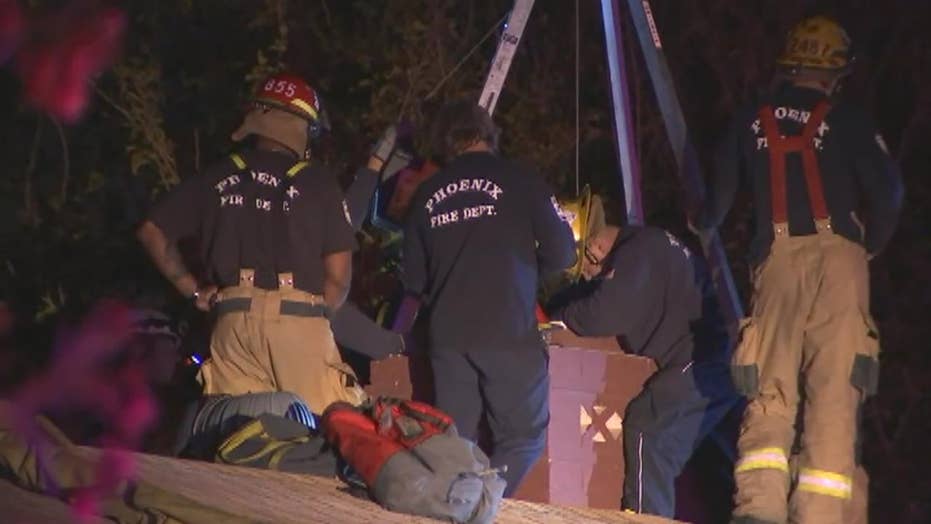 No, Santa didn't come early to one Arizona residence.

Instead, firefighters who responded Wednesday night to a Phoenix home found a 17-year-old girl in the chimney who had gotten stuck as she tried to sneak back into her house after a late night, FOX10 reported.

According to another teen, only identified by FOX10 as Yasmeen, her friend became trapped after trying to get into the house and was stuck for about an hour and a half before rescuers arrived.

The two girls reportedly came home to find Yasmeen’s house had been completely locked up. With no covert way to enter, the friend decided to climb up on the roof.

Firefighters took nearly 40 minutes to rescue the teen, who was covered in soot when she was freed.  (FOX10)

She said the girl, who has not been identified, began to panic.

Firefighters took nearly 40 minutes to rescue the teen who, according to FOX10, was covered in soot when she was freed.

As for Yasmeen’s parents, the homeowners? They were less than pleased.

"They were so mad," Yasmeen said. "Really mad."