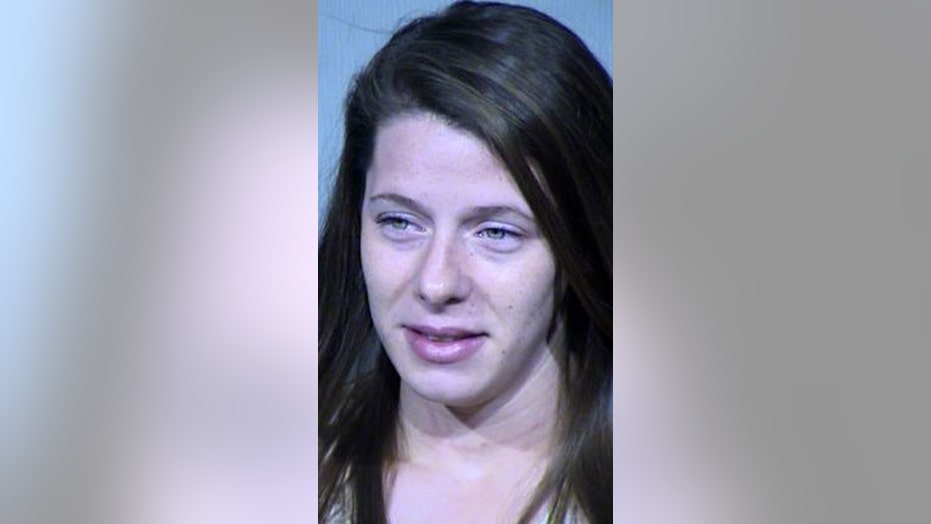 An Arizona woman was arrested over the weekend after her 10-year-old daughter shot video of her driving drunk and then called 911, according to court documents.

Stephanie Davis, 31, of Glendale, was stopped by officers on Saturday afternoon and charged with aggravated DUI after the girl showed them the video, The Arizona Republic reported Monday.

“The speed limit wasn’t right and like really fast and I didn’t feel safe at that time and I also wanted to protect my cousins and my mom,” the girl told KTVK Monday. “I called the police and I’m like, 'My mom is not OK, I know she’s drunk, she’s driving crazy.'”

Cops pulled Davis over after she took the girl and her two 4-year-old nieces to a movie theater to see "The Lion King,” the station reported.

Stephanie Davis, whose daughter is a stickler for the law. (Maricopa County Sheriff's Office )

Davis told the station that her daughter "was very heroic" and "absolutely did the right thing."

“I did go to the movies and I did consume my wine, she added. "Very wrong. It is so easy to make an honest-to-God mistake.”

The station showed Davis hugging her daughter during the interview.

KTVK, citing the court documents, reported that the children could be heard in the video yelling at Davis to stop before she got into an accident.

“This is the most embarrassing thing to happen in my life," Davis told KTVK. "That was the most failed moment of being a mother."