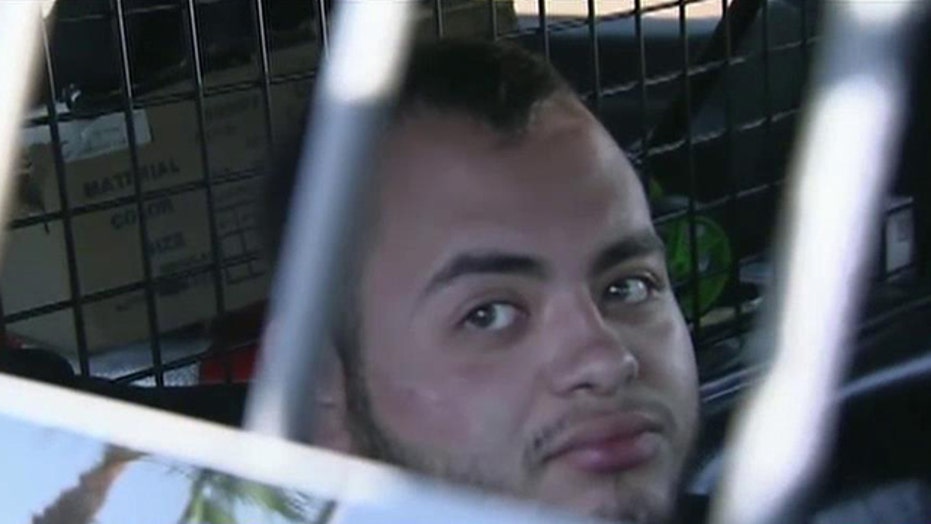 Man being questioned in freeway shootings now in custody

Arizona authorities are pressing ahead with leads about a string of Phoenix freeway shootings as the man that was brought in for questioning in connection with them was not considered to be their prime suspect.

Oscar de la Torre Munoz, 19, from a Phoenix suburb, was detained on Friday at a convenience store near Interstate 10, according to Fox 10 Phoenix. Munoz allegedly boasted to friends of his involvement in the shootings. He was considered to be a person of interest in the shootings, but not the main suspect. The man was booked into jail on an unrelated marijuana possession charge.

"This is an open investigation, and we are going to go where it leads us," Graves said Saturday.

Sources told Fox News Friday that police were attempting to connect the man and his white Chevrolet Tahoe at the scene of previous shooting incidents using cell phone data from nearby towers, license plate readers and video taken from the 19 Department of Transportation camera lining a 10-mile stretch of Interstate 10 through Central and West Phoenix.

The shootings have left the city rattled for two weeks. Many Phoenix drivers have voided the freeway since the 11 confirmed shootings began Aug. 29, mostly along I-10, the major route through the city. Eight of the cars were hit with bullets and three with projectiles that could have been BBs or pellets.

Graves said the investigation was moving forward and authorities were not concerned about the public growing complacent now that someone has been questioned. Police are still seeking tips, with freeway message boards across the city continuing to flash a tip-line number.

Some motorists have alerted the tip-line because they believe they’ve been targeted. There were four incidents reported Saturday of cars that sustained shattered windows while on or near the I-10, according to DPS. But officials said one vehicle’s damage was caused by road debris and other by a street sweeper.

Graves said the shooting scenarios have varied. Some involved bullets fired at random cars, others involved projectiles and one was apparently road rage.

Munoz is being held in jail without bond because he had a warrant out for his arrest on a probation violation, said Deputy Joaquin Enriquez, a spokesman for the Maricopa Sheriff’s Office, which runs the county’s jails.

After being apprehended, Munoz told Fox 10 Phoenix from the back of a squad car that officers surrounded him and his mother, guns drawn, after he bought a pack of cigarettes and a drink at a convenience store Friday. He said officers had been aggressive with him, aggravating his back injury.

They laid me on the ground and my face is still swollen, busted lip.”

Witnesses said law enforcement officers seemed to be waiting for the man to appear and moved in quickly, surrounding his vehicle with unmarked vehicles.

Store clerk Sara Kaur said she sold the man cigarettes, around 9:15 a.m., moments before between 15 to 20 cars swarmed in and officers handcuffed him. She described him as a regular customer, and she said she's "never had a problem with him."

Authorities have appealed for help through social media, news conferences, TV interviews and freeway message boards. Many of the thousands of tips proved to be false leads.

Longtime residents still remember a string of random shootings that terrorized Phoenix a decade ago. Nearly 30 people were shot then, and eight killed, including a cyclist who was riding down the street and a man who was sleeping at a bus stop. Two men were eventually caught and convicted.