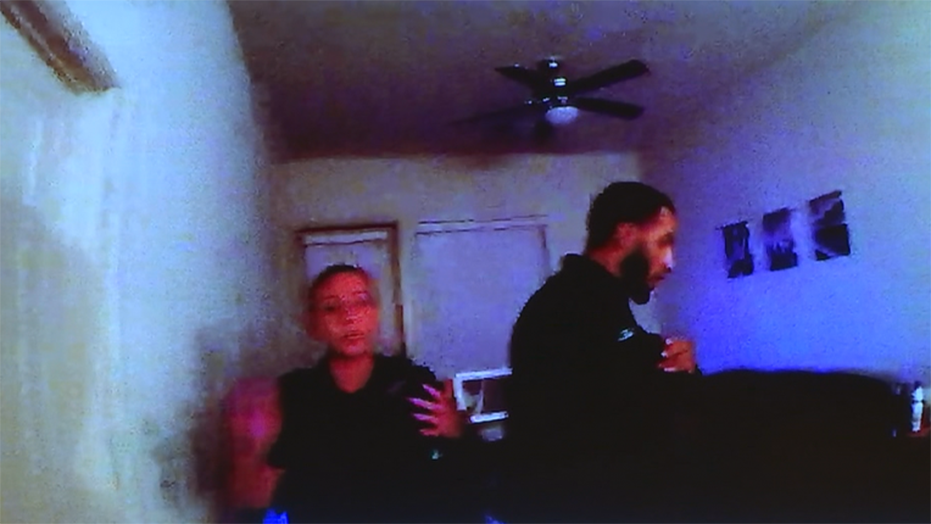 A jury on Tuesday heard Dallas cop Amber Guyger’s frantic call to 911 after she fatally shot her neighbor in his apartment.

“I thought it was my apartment,” she says over and over, Fox 4 Dallas reports. The station reported that Guyger, now an ex-cop, wiped away tears in the courtroom as the jury listened to the call.

Former Dallas police officer Amber Guyger is escorted by a security detail as she arrives for her murder trial at the Frank Crowley Courthouse in downtown Dallas, Tuesday, Sept. 24, 2019.  (AP)

“I thought it was my apartment,” Guyger says to Lee, one of the first officers on the scene, the station reported.

In the video, Lee can be seen performing CPR on the gravely wounded John.

“Come on, chief,” Lee says in the video, according to the station.

Guyger is on trial for the Sept. 6, 2018 murder of the 31-year-old Jean in his apartment. She says she mistook his apartment for her own and thought he was a burglar.

Prosecutors said Guyger walked in on Jean and shot him while he was eating a bowl of vanilla ice cream in his living room.

The Dallas Morning News reported that during the 911 call, Guyger said, "I'm an off-duty officer. I thought I was in my apartment, and I shot a guy thinking it was my apartment."

The trial began Monday, with prosecutors telling the jury that on the day of the shooting Guyger exchanged sexually explicit text messages with her lover and partner, Officer Martin Rivera.

The prosecution introduced the texts through the testimony of Rivera to show that Guyger was not tired in the hours and minutes before the shooting as her lawyers claimed, Fox 4 reported.

Prosecutors said some of the texts were deleted after the shooting, according to the station.