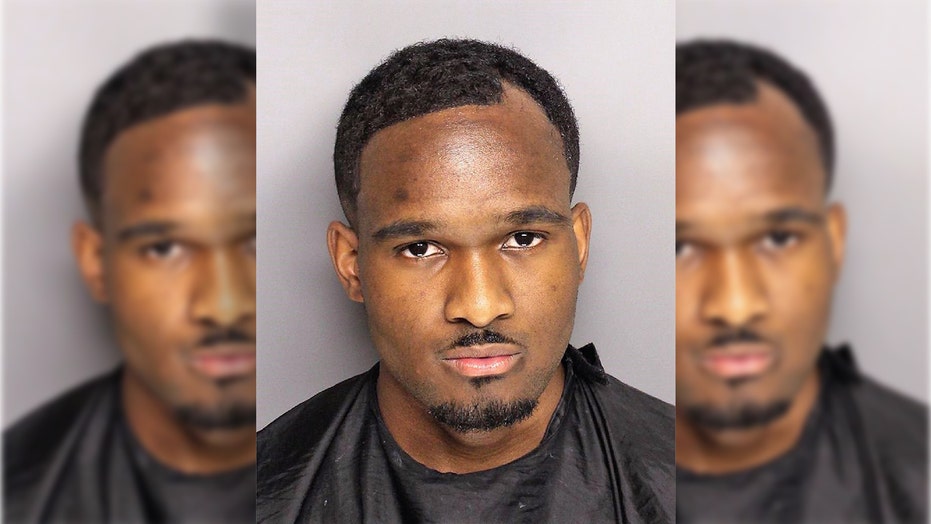 A man who police say was driving drunk in South Carolina crashed — after apparently being unable to hit the brakes — into a brakes shop.

Jaderric Freeman, 21, of Montgomery, Ala., was arrested early Saturday morning after driving into Brakes 4 Less in Greenville, the police department said.

Jaderric Freeman, 21, was charged with driving under the influence after allegedly crashing into a store in Greenville, S.C. (Greenville Police Department)

Freeman allegedly hit another car, lost control of his own vehicle and crashed into the business before "then damaging several more cars inside."

The man was transported to a medical facility to be treated for non-life-threatening injuries, police said.

Freeman was charged with driving under the influence.