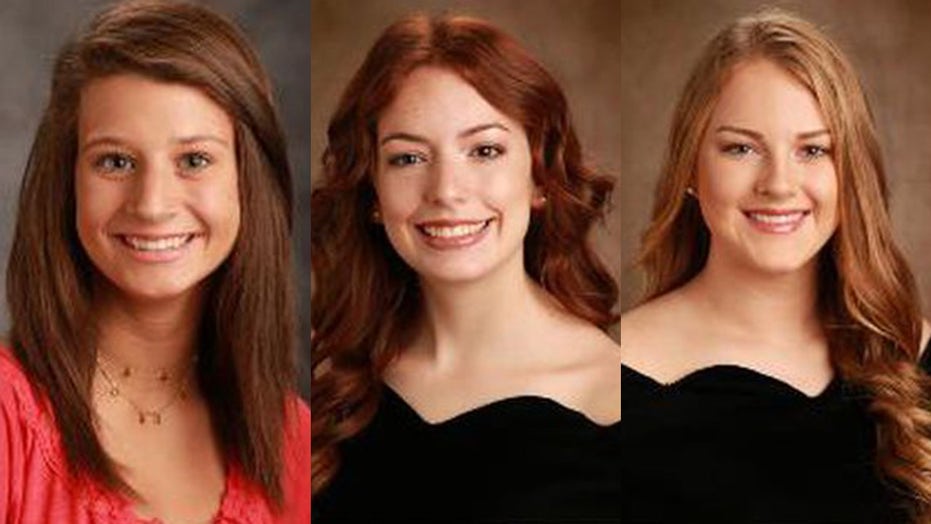 Three Alabama high school cheerleaders were killed on Christmas Day when one lost control of their car and smashed into a tree, authorities said Thursday.

The 16-year-old girls — Addyson Martin, Emilee Fain and Cassidy Dunn — had just left a home where they were celebrating the holiday together when their SUV careened off the road about 6 p.m., authorities said.

The 16-year-old girls — Cassidy Leigh Dunn (left), Emilee Fain, (center) and Addyson Martin (right — had just left a home where they were celebrating the holiday together when their SUV careened off the road about 6 p.m., authorities said.<br> (Geneva High School yearbook)

“We’re not sure for what reason they lost control, but it hit a big oak tree,” said Lt. Michael McDuffie, a spokesman for the Geneva Police Department.

“It could have been a deer ran out in front of them,” he said.

The three teenagers — all students at Geneva High School — were “in the front seat of the car,” according to Geneva County Coroner Donny Adkinson.

Two other girls were in the car with them at the time of the crash.

One of the girls in the back seat was seriously injured and airlifted to a hospital in Birmingham. She is expected to recover.

The other girl in the back was not seriously injured.

A photo from local outlet WTVY-TV showed the wrecked vehicle, with its roof apparently ripped off.