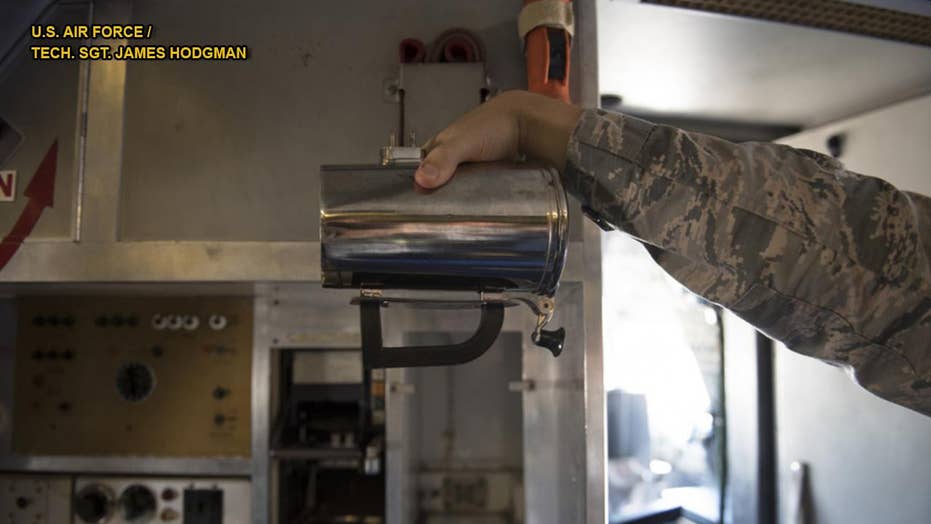 An air base's penchant for pricey coffee cups has garnered the attention of Sen. Chuck Grassley (R-IA), who is demanding, and receiving, an explanation for the purchase of beverage tumblers that cost $1,280 each.

An air base’s penchant for pricey coffee cups has garnered the attention of a United States senator, who is demanding -- and receiving -- an explanation for the purchase of beverage tumblers that cost $1,280 each.

Sen. Chuck Grassley, R-Iowa, questioned the procurement in an Oct. 2 letter to Air Force Secretary Heather Wilson. Grassley's letter cited a September 26 Fox News article reporting that in the past three years the 60th Aerial Squadron at Travis Air Force base in California purchased dozens of cups for nearly $56,000. The cups can reheat liquids on board the Air Force's fleet of cargo aircraft.

“You are right to be concerned about the high costs of spare parts, and I remain thankful to have your support in addressing this problem,” Wilson told the senator in a letter dated Oct. 17.

Wilson said the item in question is a specially manufactured electronic water heater that plugs into aircraft systems.

“It is simply irresponsible to spend thousands of dollars on manufactured parts when we have the technology available to produce them ourselves,” Wilson said in her letter, which Grassley released Friday.

Wilson also said that the Air Force has recently created a 3D replacement handle fix “at a cost of about 50 cents each.”

"Our airmen reported prices doubled on this out-of-production part and found a solution using 3D printing," he said.

The Air Force lauded the innovative solutions of airmen at Travis AFB in June which was quickly followed by congressional inquiries into how the prices of the electric heaters, purchased through the Defense Logistics Agency, had dramatically climbed, according to Thomas.

The spokesman said the Air Force believes there is potential to save millions of taxpayer dollars through 3D printing of parts for older aircraft as they drive changes to prevent being held hostage by obsolete supply chain practices.

“While I appreciate that the Air Force is working to find innovations that would help save taxpayer dollars, it remains unclear why it cannot find a cheaper alternative to a $1,280 cup,” he said. “Government officials have the responsibility to use taxpayer dollars efficiently. Too often, that’s not the case. I intend to pursue this issue further.”

A spokesman for the Travis squadron said the manufacturer of the hot cups is G&H Aerospace, a Arizona defense contractor. An email seeking comment from G&H executives was not immediately returned.  A man who answered the phone at the firm's office Monday afternoon said "we have no comment" and hung up.

In July, Grassley demanded to know why the Air Force was buying toilet seat covers for $14,000 each.