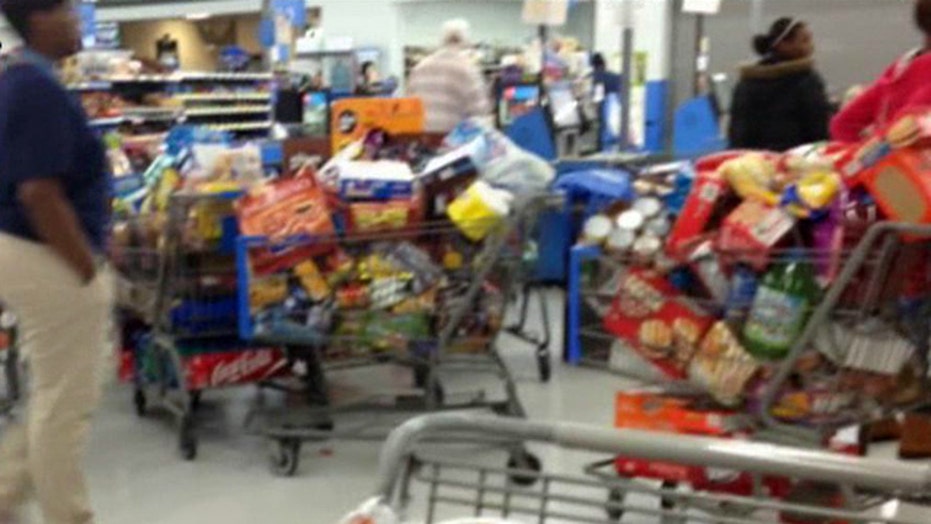 Who foots the bill after food stamp card glitch?

The Louisiana governor's office said Wednesday night that it would strip food stamp benefits from anyone who took advantage of an EBT card malfunction that in some cases caused an all-out shopping frenzy in some stores across the state, The Advocate reported.

It is unclear how many recipients stand in line to lose benefits for a year, but more than 12,000 received an insufficient funds notice when the EBT card system was corrected on Oct.12, the report said.

"We must protect the program for those who receive and use their benefits appropriately according to the law. We are looking at each case individually, addressing those recipients who are suspected of misrepresenting their eligibility for benefits or defrauding the system," Suzy Sonnier, the secretary of state at the Department of Children and Family Services, said in a statement.

The frenzy at some stores was likened to the busiest shopping day of the year. "It was worse than any Black Friday,” Springhill Police Chief Will Lynd told local station KSLA-TV.

Shelves were picked clean in a mob scene that left employees rattled. Walmart spokeswoman Kayla Whaling told the station the company made a conscious decision to keep ringing up goods rather than to cut people off.

But when order was restored and the cards began reading properly, it became clear that some customers were out to take advantage of the taxpayer-funded program. One woman had $700 worth of merchandise in her cart and an EBT card with a balance of just 49 cents.

Problems involving Electronic Benefits Transfer (EBT) cards, the government payments to the poor that are administered by states with the help of private companies, plagued at least 17 states Oct. 10 and 11, creating retail riots. At Louisiana stores in Springhill and Mansfield, cards registered no spending limits, prompting recipients to go on buying binges. Stores, not taxpayers are on the hook for the excess money spent at the locations. It is up to the stores and local prosecutors to determine if charges should be leveled against abusers.

The Advocate's report says that violators will receive a letter about the disqualification along with how to appeal the matter. In the most severe cases, under Federal guidelines, individuals can lose the privilege permanently.

A worker at a soup kitchen in Alexandria said cutting off food stamps from a family would be detrimental. She said most recipients she sees receive a $25-a-month stipend. She was inside a store when the malfunction occurred, and recalled feeling empathy when she saw the individuals, who otherwise could not afford it, stacking up on food.