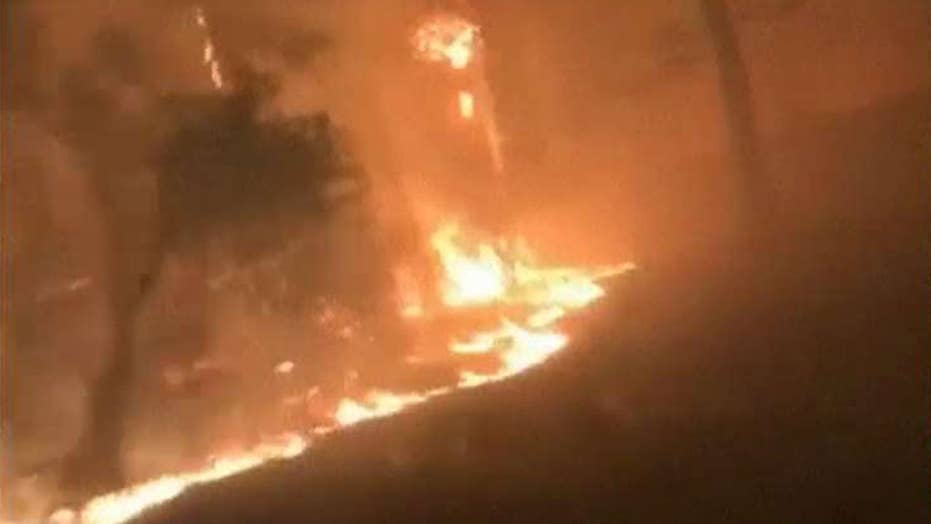 A sheriff's spokeswoman has confirmed a sixth death in a Northern California wildfire that has forced tens of thousands of people to evacuate.

Butte County Sheriff's Office spokeswoman Megan McMann said Friday she did not have details on the circumstances of the death.

Sheriff's officials said earlier that five people were found dead in vehicles that were torched by flames in the same area in the town of Paradise. They said the five could not immediately be identified because of the burns they suffered.

California has been granted federal funds to battle devastating wildfires that have destroyed entire neighborhoods and killed at least five people.

President Trump has issued an emergency declaration providing aid to help state and local firefighters battling blazes in Butte, Ventura and Los Angeles counties. The money will help pay for firefighting aircraft along with shelter, supplies and transportation for the tens of thousands of evacuated residents.