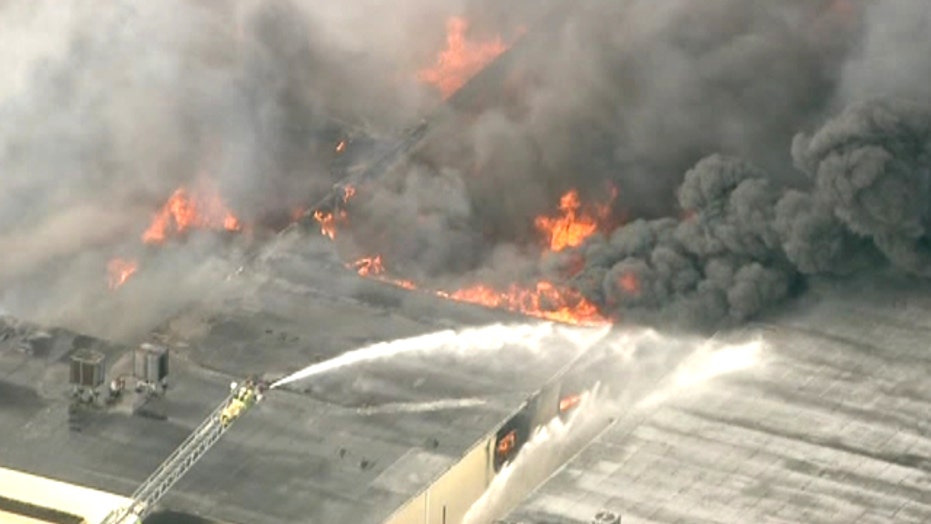 At least 180 firefighters respond to huge blaze in Opa-Locka

A four-alarm fire at a Florida warehouse Thursday called nearly 200 firefighters from 37 crews to the scene, where flames and thick black smoke could be seen shooting from the building roof, CBS Miami reported.

A hazmat team was on the scene, while fears of a roof collapse forced firefighters to pull out to the perimeter of the building, establishing what is known as a “collapse zone.”

The building's roof eventually collapsed, the Miami Herald reported, and the number of firefighters working to extinguish the blaze swelled to about 200.

Warehouse employees said they heard an explosion and then ran from the building, said Miami-Dade firefighter Alexio Rodriguez Jr., according to The Herald.

“Nobody is inside,” Rodriguez said. “Nobody is hurt or has been hurt.”

Firefighters were reportedly hampered by poor visibility, intense heat and hazardous conditions. People with respiratory problems were advised to stay away from the area.

“We are working with a warehouse that does contain hazardous materials which are highly flammable,” Rodriguez told the Miami Herald. “We are still working very aggressively to try to contain the fire.”