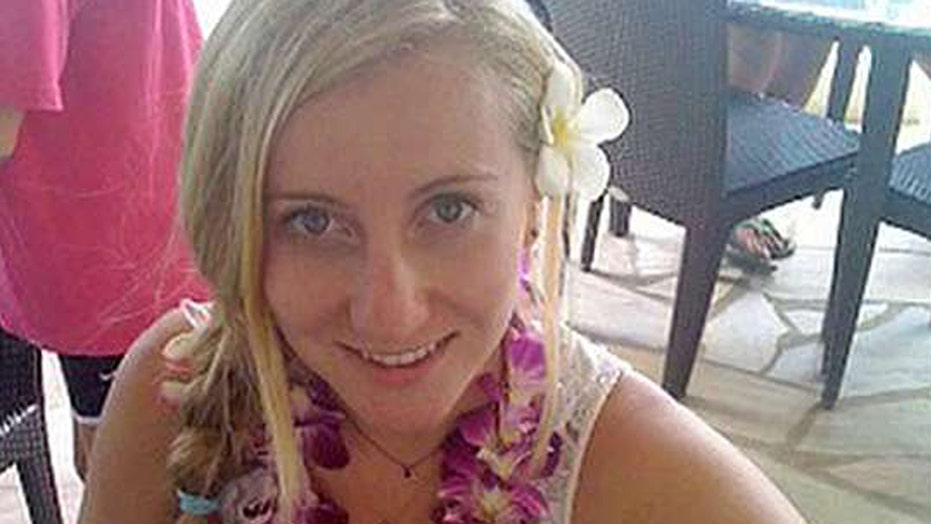 LOS ANGELES – Police have arrested two 22-year-old men on suspicion of murder in the death of a University of California, Los Angeles, sorority member found dead in her burning apartment near campus, authorities said.

Forensic evidence and witness statements led to the weekend arrests of the two men, one of them a fellow student, in the killing of Andrea Delvesco, Los Angeles police said in a statement Monday.

Delvesco's body was found Sept. 21 by firefighters who extinguished the fire at her apartment in the Westwood neighborhood, police said. Authorities have not revealed whether she died in the fire or was killed before it started.

Alberto Medina, of Fresno, and Eric Marquez, of Westwood, were each being held in the Van Nuys jail on a murder charge. Marquez, who according to UCLA is a fifth-year undergraduate student, was being held on $1 million bail. Medina, who is unaffiliated with the university, was being held without bail.

Delvesco, 21, a native of Austin, Texas, was a senior majoring in psychology. The Pi Beta Phi sorority said Delvesco, known as "Andy," was one of its members.

"Andy had a contagious spirit and was a fearless giver," Pi Beta Phi Chapter President Jacquie Medeiros said in a statement. "Andy was a friend to every person she met."

In July, Delvesco pleaded not guilty to possession of several drugs including LSD and ecstasy. She was free on her own recognizance and had a court date scheduled for next week, City News Service reported.

An autopsy had been scheduled for last week to determine the cause of her death. Los Angeles County coroner's officials did not immediately respond to questions about whether the autopsy took place or what it found.

Officials did not know if either man had hired an attorney who could be reached for comment.

Medina's father told the Los Angeles Times he had spoken to his son Monday.

"He told me that he didn't do it," Jose Medina said.

Marquez's mother told the Times her son is a hardworking student who wanted to become a doctor and she did not believe the allegations were true. She said she had seen him Saturday, a day before he was arrested near his Westwood apartment.

"He's a perfect son, a perfect person," she said in Spanish via translator. "A perfect boy."