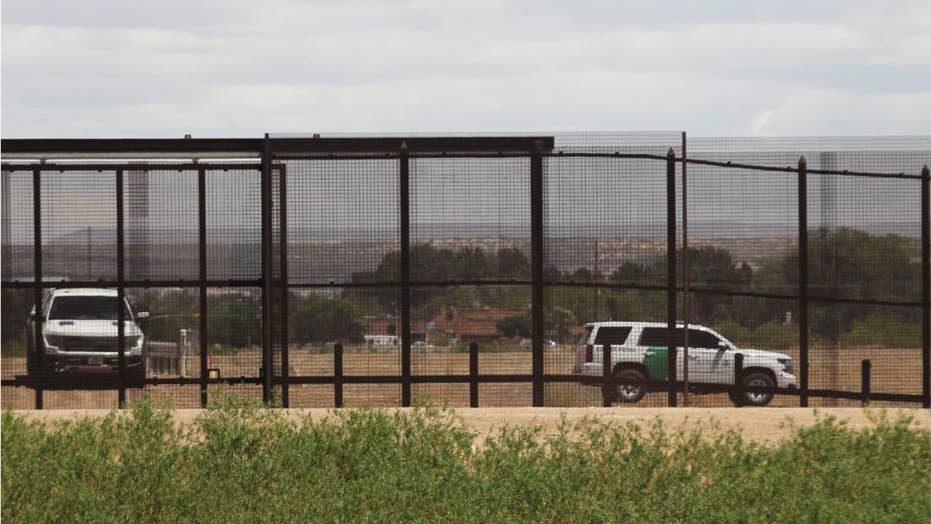 120 illegal immigrants were discovered inside of a locked trailer in Texas, according to Customs and Border Protection.

More than 100 illegal immigrants – including 11 minors – were detained in Texas late last week after agents at the border discovered them hiding inside a locked semi-trailer.

U.S. Customs and Border Protection revealed Wednesday that agents at a checkpoint in Laredo were investigating a black semi-truck with a white trailer trying to enter the U.S. just after midnight on May 10 when they made the discovery.

While interviewing the driver, who claimed to have no identification, a K9 alerted agents that concealed humans or narcotics were inside the trailer.

A firsthand look at 'ground zero' of the southern border crisis

The semi-trailer was ordered to the secondary inspection area where the driver hurriedly escaped through the passenger side door and ran to an adjacent field.

Inside the trailer, agents found a total of 120 people – 11 juveniles and 109 adults from El Salvador, Guatemala, Honduras, Ecuador, and Mexico.

CBP said the individuals appeared in good health and were evaluated by medical personnel.

“Fortunately for all individuals found inside the trailer, the weather was unseasonably cool and conditions inside the trailer were bearable,” CBP said in a statement. “Nonetheless, it would have been impossible for the people to escape the trailer as it could not be opened from the inside.”

It is unclear if the driver was detained.

The incident came just days before Trump administration officials told Fox News that the White House is set to unveil a sweeping new plan that would transform the makeup of immigrants in the U.S., ending the visa lottery program and implementing a comprehensive merit-based admissions procedure.

TSA deploys hundreds of resources to the southern border

How will TSA make a difference with the border crisis? Reaction from former DHS policy director Stewart Baker.

CBP previously said it apprehended or turned away more than 109,000 migrants attempting to cross the border In April, the second month in a row the number has topped 100,000 and averaged more than 3,000 apprehensions a day.

Fox News' Gregg Re, John Roberts, and Griff Jenkins contributed to this report.