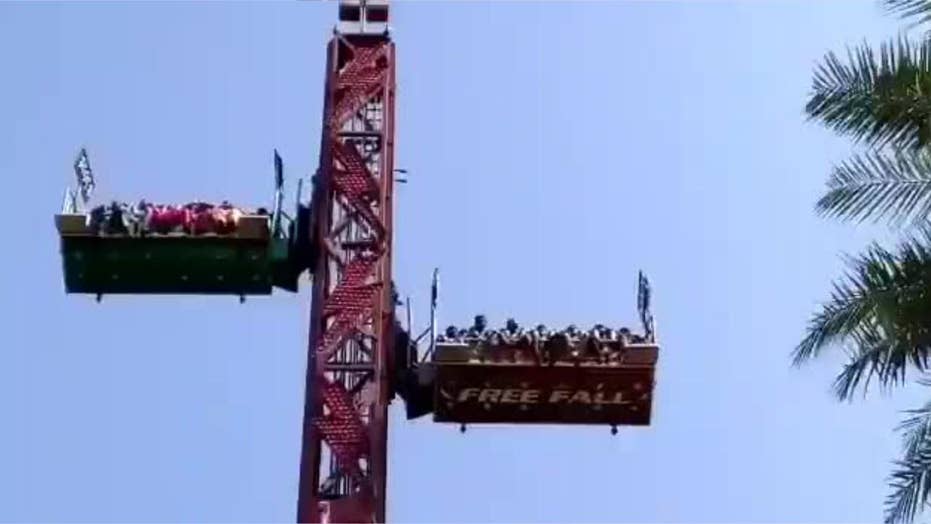 12 people reportedly sustained injuries due to a mechanical malfunction that caused a ride to plummet 10 feet to the ground. The amusement park in India has been shut down.

An amusement park in India has been shut down after 12 people reportedly sustained injuries due to a mechanical malfunction that caused a ride to plummet 10 feet to the ground.

The Free Fall ride at Queensland Amusement Park in Chennai, was ordered to suspend operations "indefinitely" – along with the rest of the theme park – following an incident last week that left at least 12 people injured, according to local outlets.

According to The News Minute, the accident comes two months after officials sent a notice to the park about its equipment.

"We wrote to them in April to ensure that all the rides were in good shape. They claimed that they had checked everything but clearly that was not the case," assistant commissioner Muthuvel Pandi said.

In video of the fall, the riders are seen on two platforms being hoisted into the air. However, once the ride finishes and the platforms are lowered back to the ground, the steel cables holding one of the platforms snaps and those strapped to it crash to the ground.

The extent of the riders’ injuries was not reported.

According to police, they did not find out of the incident until the footage went viral on social media, noting no one from the park came forward to file a complaint.

"We came to know after the video of the accident reached us. The amusement park tried to hide the whole thing and we believe they convinced the visitors who were in the ride to strike a compromise. All first aid was done there without any external interference," Pandi told the outlet.

Police contacted the park with a notice demanding the theme park shut down until they obtained legal documents to prove each of the rides are in safe workings order.