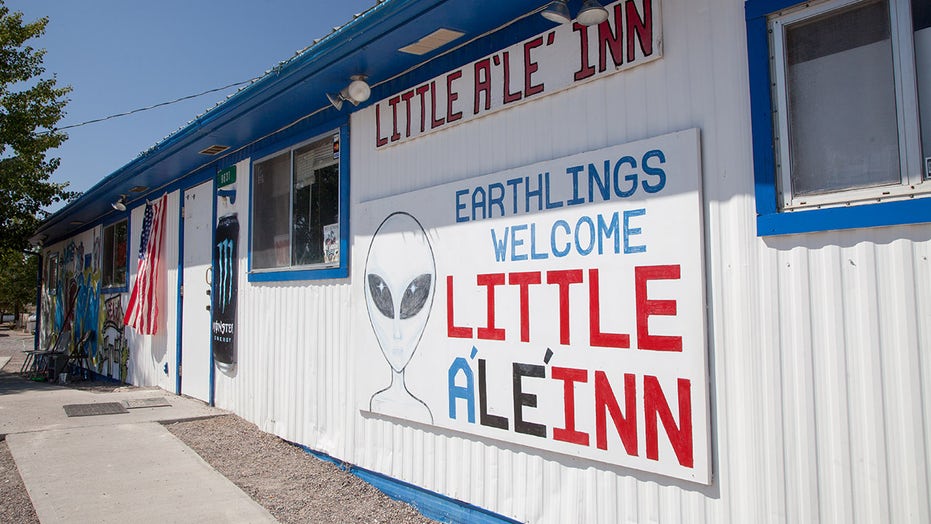 'Storm Area 51' event is coming and the closest hotel, the Little A'Le'Inn, is already fully booked.

Instead of trying to storm an actual military base, conspiracy theorists and UFO fans are probably now just going to party in the desert.

After an event posting on Facebook went viral, the small motel near the secretive Air Force base began booking up. The original event, titled “Storm Area 51, They Can’t Stop All of Us,” may have started off as a joke, but it became something real.

Bud Light revealed an Area 51-themed beer and promised a free drink to any aliens that escaped the base. Arby’s also announced that they would have a food truck present at the event.

Now Matty Roberts, the event’s creator, has decided to launch an actual alien-themed festival, The New York Post reports. It’s being called Alienstock, and is set to feature “live music, arts and camping under the stars.” It is scheduled for the same dates as the original event.

The festival currently does not appear to include any plans to “run faster than bullets and storm a heavily guarded military base.”

Instead, the festival’s website claims it will be set in the town of Rachel, Nev., a town that reportedly boasts a population of 54 permanent residents. The site also claims to be working with The Little A’Le ‘Inn, an extraterrestrial-themed motel/restaurant that also happens to be the only motel/restaurant in the entire town.

The Little A’Le ‘Inn website does include a link to the Alienstock website. The site also states the inn is “booked solid for Alienstock.”

The site also warns that there is no gas available in Rachel, and warns visitors to fill up their tanks at nearby towns.

While the site promises live music, no acts have been confirmed, The New York Post reports.

However, unconfirmed reports claim that Limp Bizkit will be performing in the area. The band’s website doesn’t list any upcoming shows, although the band did post on Instagram about performing at a secretive location known as S4 near Area 51 (given the nature of this event, it may just be people joking around on the internet -- though undoubtedly many want to believe).

Representatives for Alienstock and Limp Bizkit did not immediately return Fox News' requests for comment.